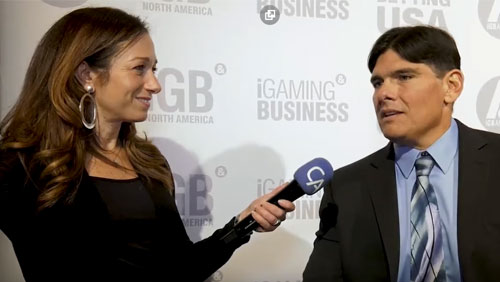 Tribal gaming has an important part in the U.S. gambling industry, and they want to keep their role as leaders in the industry as regulation sweeps across the country. Jason Giles, executive direction of the National Indian Gaming Association (NIGA), plays an important part in advocating for that role, and he spoke with our Becky Liggero Fontana about the challenges in their way at Sports Betting U.S.A.

The gambling industry might not be where it is today without tribal gaming, and Giles is proud of it. “Indian Gaming really did spur the gambling revolution in this country,” he said. “The commercial industry fought with the tribal nations for a long time, tooth and nail, to prevent the expansion. It turned out it was the greatest thing for everybody involved. Nevada took off, Atlantic City’s coming back, more and more people were just frankly exposed to gambling.”

The repeal of PASPA in 2018 opened the flood gates to sports betting, but unfortunately for tribal groups, the new opportunity has been met with additional challenges. “So when the Supreme Court throws out a law as unconstitutional, you know, tribes, that means a lot to tribes, because we’re enshrined in the Constitution, and when laws change like that, it’s generally not for the better for tribes, but in this case it opened up new avenues of economic development, lots of questions, tribes wanted to know, can we immediately start doing it,” Giles said. “Now the ironic thing is, for the commercial side, they could start doing it the next day. I think Governor Christie said we’ll have it up and running in two weeks after the decision. Tribes, it’s not so easy, because we have these agreements with the states, these compacts that may or may not have to be renegotiated. Each state, each region of the country feels differently about gambling. We had to take our time, still taking our time digesting this, that’s why after the pass were ruling you only have four tribes that are actually doing sports betting right now.

So far, offering mobile sports betting hasn’t worked out for the tribes, but Giles feels things are going to change when California legalizes the activity. “There’s 37 million people in California, there’s over a hundred tribes in California, most of those tribes are engaged in gaming,” he said. “If they can work something out with their internet gaming component, with their sports betting component, that might be the model on the way forward for the rest of the tribes in the U.S., because with mobile and internet, you need the population base.”

But now that regulations are opening up more opportunities for commercial operators, Liggero Fontana asked how Giles expects tribal gaming to defend their hard earned slice of the pie. “The way we’re dealing with all of this is, you’re seeing more and more of our tribal nations getting involved on the commercial side,” he said. “We have Seminole Hard Rock that is certainly a leader in that aspect, that they bought a Hard Rock company. We have Mohegan Sun, in Connecticut, that are purchasing casinos in other countries, other states, they have one in Pennsylvania. So we’re starting to see a little bit of those barriers breaking down as tribes branch out, again, because of a lot of them, they’re so restricted by their geography.”

Ultimately, tribal gaming offers something special to the industry, and they’ve been an important contributor to the country. “The quirk and history of where they ended up being removed from whatever state, onto the reservations, they’re restricted by geography most of them,” Giles noted. “So there are innovative ways they’re looking at it, expanding their gaming operations, yet still trying to keep the tribal flair and tribal nature of everything and helping out the U.S. economy. That’s really what it comes down to. We’re all in this together. Indian Gaming is a 14th largest employer in the in the country right now, and we want to keep it that way.”