Golden Nugget wants to take its iGaming offerings to the next level, and is banking on its standing agreement with Scientific Games (SG) to help make it possible. The Tilman Fertitta-led company that once tried to buy Caesars issued a joint statement with SG yesterday, indicating that the two will beef up their current agreement to include more online gaming action, as well as possibly throwing sports gambling into the mix. SG already provides online coverage for the casino operator in several states, with the current deal set to remain in place at least until 2024. 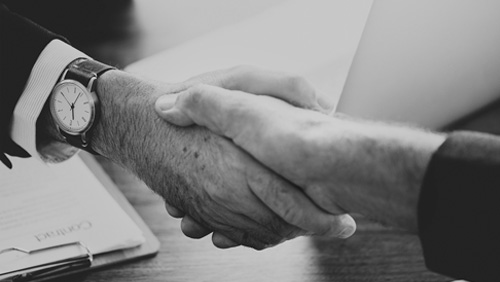 According to the statement, SG is going to deliver its OpenGaming platform to Golden Nugget venues in New Jersey and Pennsylvania. As other states continue to legalize iGaming, the Nugget can also roll out the platform in those states, as well. In addition, SG’s Open Gaming System content aggregation platform, portal and player account management solution will be included. The casino operator has a physical presence in four states, with two venues in Nevada and one each in Louisiana, Mississippi and New Jersey.

Fertitta also wants to adopt SG’s OpenSports suite of products to dig deeper into the world of sports gambling. Through the platform’s solutions, the Nugget will deploy mobile sports wagers in New Jersey and other states, with an option to launch OpenSports at retail properties in several states, including Mississippi, Nevada and New Jersey.

The Nugget’s Senior VP and GM for Online Gaming, Thomas Winter, adds in the statement, “We have a long history with Scientific Games, and their technology is a cornerstone of our sports betting and iGaming strategy. We’re thrilled to continue working with them to bring a consistent and best-in-class experience to our players across multiple products, nationwide.”

Getting into sports gambling on a large scale would be a huge win for the Nugget, but could also cause unnecessary problems. Many states have provisions that forbid sports team owners from being involved in sports gambling, and Fertitta is the owner of the NBA’s Houston Rockets.

This doesn’t mean that the Nugget would be precluded from launching the activity. It only means that it might have to be more selective over the types of wagers it puts on the boards. This shouldn’t be a problem for SG’s OpenSports, though, given that, according to the statement, it was one of the first to be recognized by the World Lottery Association as a “responsible gaming supplier” and was the first sports gambling supplier to become a member of the Global Lottery Monitoring System, which was created to help improve sports gambling integrity and transparency.

SG’s CEO for its digital group, Jordan Levin, adds in the statement, “Following Golden Nugget’s transition to our solutions, we look forward to launching Sports on top of our long-standing player account and iGaming relationship. Golden Nugget has a wide player base across the U.S., having pioneered the iGaming space in New Jersey from its earliest days, and we’re excited to power their sports betting and iGaming presence, providing a seamless and reliable end-to-end betting experience.”