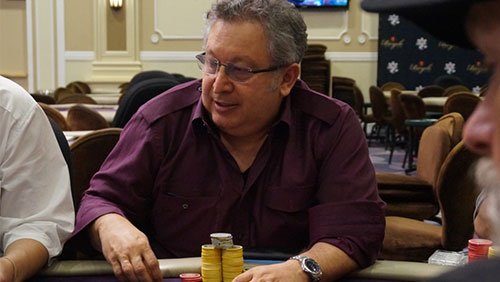 When Sean Jazayeri won the L.A. Poker Classic in 2012 for over $1.3 million, he knew that it probably represented the best poker win of his career. Eight years on, that’s still the case, but Jazayeri’s victory keeps the recreational player who loves the game in the canon of historic poker greats who have won the iconic WPT event.

We caught up with Jazayeri to put him to the test in a way he experienced many times at the felt during that tournament, by sitting him down with our famous ’15 Bigs’ – but could he double-up or would he be blinded out? Let’s find out!

Persian Tahdig, which translates as ‘the bottom of the pot’ in Persian and is a pan-cooked delicacy found at Iranian family feasts.

How to Survive on a Deserted Island by Tim O’Shei

It’s a three-way tie between The Commerce, The Bicyclee Casino, and The Wynn. The Commerce for great memories, ‘The Bike’ also for good memories too as well as the best food and The Wynn for overall comfort and luxury of their poker room.

I hate both options, but if I had to pick one, I would pick no poker for a year.

My uncle, who recently passed away.

Probably Cristiano Ronaldo, so I could tell him how much I admire him for being so kind and charitable, but also to beg him to stop diving on the pitch.

Results of some elections in the past three or four years

You can’t play it yourself…so which family member do you trust with your $10,000 WSOP Main Event entry?

No one, I am the only degenerate among my family members!

Getting lucky at the right time!

Too many to pick from.

Since the globe now has a single president, there is no need for war anymore; stop spending on military, and use the money for education, health, and upgraded poker rooms.

An asteroid is heading for Earth and you have just ten seconds to speak with anyone you like… what do you say and to who?

In my 12 years of playing poker, I have never used my “one time”. I have saved it for exactly this kind of situation. I would use my “one time” and the asteroid would take a last-minute course change and miss Earth.

So, there you have it. Sean Jazayeri just save mankind from certain destruction by using his one-time and would probably celebrate with a special meal of Persian Tahdig. Delicious!