With Liverpool running away with the title and Norwich city looking increasingly doomed, the remainder of the English Premier League season looks to be focused on two specific areas of flux within the league table. 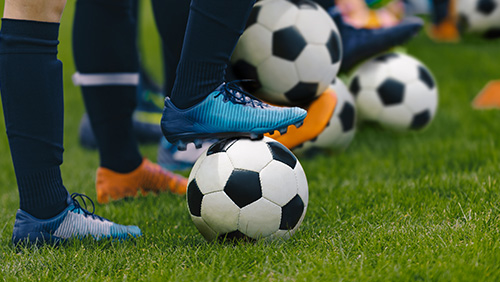 Firstly, there are the Champions League places to sort out. Traditionally, the top four teams in each season’s English Premier League qualify for the Champions League next season. However, with UEFA threatening expulsion from Europe in its entirety for Manchester City due to their breaking of Financial Fair Play (FFP) regulations, it could be that fifth place qualifies that team for Europe’s greatest club competition. While the question of why it should be another British team when a club from the EPL has broken the rules is anyone’s guess, but it’s looking likely and that brings other clubs into contention for qualification.

Secondly, relegation from the EPL will hit three teams very hard and while Norwich look doomed, sitting as they are seven points from safety with only 12 games remaining, there are three points separating the five teams above them. Any two of those five teams could drop, with the financial, structural and emotional impact of relegation looming large over those teams at this time. Let’s take a look as some teams who will be looking to keep their heads above water or aim for the top five.

One of the biggest games this weekend is the opening match between two London teams in poor form. Chelsea lost to Manchester United on Monday night and already look a little shaky under Frank Lampard. While they sit 4th at present, they’ve lost a staggering nine Premier League games already this season, many of them at home.

Jose Mourinho may lack a striker, with injuries to Harry Kane and Son Heung-Min devastating his team’s chances of snatching a Champions League spot, but they still sit just a point behind Chelsea in 5th place.

Dele Alli will be a deadly weapon that Chelsea need to negate, while The Blues will be hoping that they can get a goal from Olivier Giroud, as surely Michy Batshuayi can’t start after his stuttering on Monday night. It may not be what both teams want, but a draw looks the likeliest result.

Both Leicester and Manchester City look to have sewn up Champions League football already, but with The Foxes stalling a little since their devastating 4-0 loss to Liverpool on Boxing Day, Manchester City have the chance to go seven clear of their rivals if they can grab an away win at the King Power Stadium on Saturday evening.

Jamie Vardy, who remains the EPL’s top scorer with 17 league goals despite not scoring in eight games, will be desperate to repeat his trick at the Etihad Stadium, where he scored a lightning-quick goal on the break.

City, for their part, have shown decent focus in the last few Premier League games, winning three of their last five and only losing one. They know that the title has gone, but Pep Guardiola will be trying to make sure they go into next season on the up – wherever they’re playing. Get on the away side with both teams to score.

Two sides who really shouldn’t be in contention for a European place but somehow are will do battle at The Emirates Stadium on Sunday tea-time. Arsenal come into the game off a tough trip to Greece, where they edged out Olympiakos thanks to a late Alexandre Lacazette goal.

Everton, however, have no such recovery problems, and under Carlo Ancelotti, look a dangerous side on the break. With Dominic Calvert-Lewin looking great up front, the midfield finally loading the bullets with some regularity and the Italian coach’s natural defensive mindset balancing the Goodison Park side nicely, The Toffees will be a sticky team to chew on for many teams in the remaining weeks. We think they’ll get three points in North London on Sunday and grab the initiative for the Europa League places at least.