On the morning of February 17, police and other emergency personnel responded to an alleged bomb threat at the Ameristar Casino in Vicksburg, Mississippi. The call came in at 11:30 a.m. Monday morning, prompting an immediate response that sent units from the Vicksburg Police Department as well as fire units. 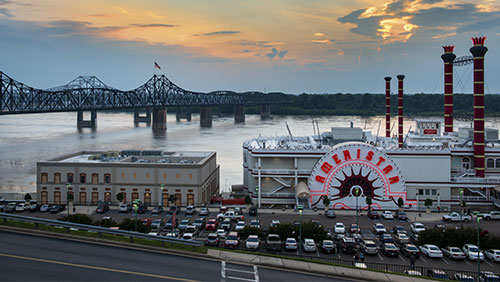 Staff immediately called 911, treating it as a “credible threat.” No other details were provided by Gerad Hardy, the Ameristar Casino and Hotel General Manager, who said “the safety and security of our guests and team members is always our paramount concern. We received a threatening phone call and, out of an abundance of caution, worked with the police department to temporarily evacuate the facility to fully investigate the issue.”

Mary Greer, a customer at the casino at the time, stated that a casino employee “quietly told us there was a bomb threat and it was necessary to evacuate the building. It was very orderly; no one was pushing. Everyone was calm.”

By 12:30 p.m., police confirmed that they had performed a complete sweep of the casino and were awaiting the arrival of officials from the Mississippi Gaming Commission. The facility was not able to re-open until it received permission from the authorities just before 3:00 p.m.

“Law enforcement officers, including detection dogs, have completed a sweep of the property and found nothing, and have given us the ‘all-clear’ to reopen,” Hardy said. “As this is an ongoing matter, we cannot offer any additional details at this time.”

While not a common occurrence, casinos have occasionally been the targets of bomb threats. In November, Mustadin Muadinov was convicted of making a bomb threat and parking a box truck in front of the Hollywood Casino in Aurora, Illinois last April. The facility evacuated the 175 people inside, but no bomb was located. Muadinov had apparently visited the casino in February and had gotten into a dispute with one of the employees.