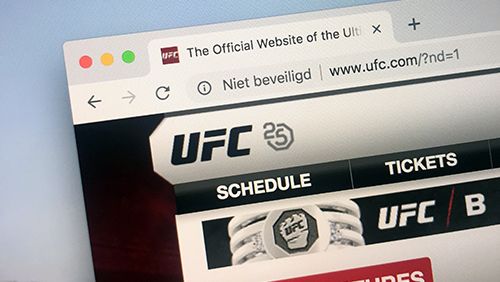 Conor McGregor might be the most popular fighter in the UFC, but the best one – at least via pound-for-pound rankings by the organization and in the opinion of most MMA experts – is Jon Jones, and he puts his light heavyweight title on the line Saturday night against fellow American Dominick Reyes at UFC 247 in Houston. The Jones-Reyes fight from the Toyota Center, home of the NBA’s Rockets, is likely to start around 11:30 p.m. ET and is on pay-per-view only.

Jones (25-1) frankly has beaten himself with failed drug tests or legal issues outside the Octagon much more often than he actually has lost a fight. That one defeat was way back in December 2009 in “The Ultimate Fighter 10” finale against Matt Hamill. Jones didn’t even technically lose that fight but was disqualified for illegal elbows. He would have likely destroyed Hamill, who had a so-so career, otherwise.

The 32-year-old Jones, considered by many the best MMA fighter of all-time, was last in the Octagon in July 2019 when he was pushed to the limit in a rarity, beating Thiago Santos by split decision. “Bones” has hinted that assuming a victory Saturday, he would be interested in taking on heavyweight champion Stipe Miocic next. That would be the most-hyped UFC fight ever. Jones is -500 for this bout.

Reyes (12-0) gets his first-ever title shot in the UFC at age 30. “The Devastator” is 6-0 since joining the organization, last in the Octagon in October and beating Chris Weidman by first-round KO (punches). Only three of Reyes’ fights have gone the distance. He’s +350 to pull the upset and is ranked No. 4 in the light heavyweight division.

There’s also a women’s title fight on the UFC 247 card as Peru’s Valentina Shevchenko (18-3) puts her flyweight belt on the line against American Katlyn Chookagian (13-2). Shevchenko is the No. 2 ranked female pound-for-pound fighter behind Amanda Nunes. Two of Shevchenko’s three career losses are to Nunes, who is currently atop the bantamweight and featherweight divisions.

Chookagian is a former champion in the Cage Fury Fighting Championships organization both at bantamweight and flyweight. “Blonde Fighter” is 6-2 since joining the UFC, losing to Jessica Eye and Liz Carmouche – two fighters Shevchenko has beaten. Shevchenko is a heavy -1400 favorite with Chookagian at +750.