Arizona Senate Bill (SB 1158) met its untimely death last year when it couldn’t gain enough support to rally lawmakers. The bill was designed to try to introduce sports gambling to the state, but haphazardly approached the subject, which may have been partially the reason it couldn’t tread water. SB 1158 is back, revived as SB 1525, and is hoping to do what its previous self couldn’t. However, the way things are set out in the bill, the safe money would be on SB 1525 finding the same result as its predecessor. 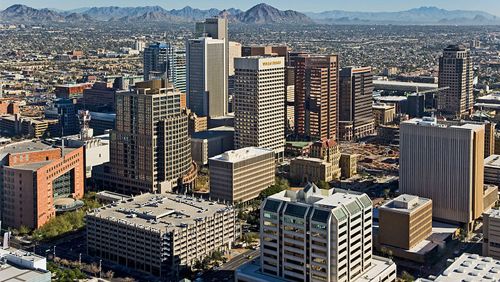 SB 1525 has been drafted by Senator Sonny Borrelli and Representative Steve Pierce. Given the vast control over the gaming industry that local tribes have, operating 16 of the 24 gaming venues in the state, the bill caters to them and would allow the tribes to set up sportsbooks and kiosks at their casinos. Additionally, it would also allow tribal-owned entertainment facilities, such as bars, nightclubs and any tribal location with a liquor license to set up sportsbooks or install kiosks.

The provision to allow sports gambling at non-casino facilities is going to meet significant resistance. According to federal law, which trumps local law and is the go-to authority for tribal gaming operations, tribes are only allowed to offer gambling on their own land that has been placed in federal trust. While some exceptions have been seen, it isn’t likely that one would be made in this case, and not where vast amounts of liquor can be mixed with wagers.

Other issues with the bill need to be addressed if it’s going to move further along than version 1.0 did. For example, despite overwhelming evidence that online betting is more lucrative, SB 1525 doesn’t include any language that would authorize mobile/online sportsbooks. Not only does this miss a huge source of revenue at the core, but it is also detrimental to the sports gambling industry in the state. Of the 16 casinos in the state, half are located around Phoenix. This means the rest of the state, as well as even some around Phoenix because of the size of the city, will be too far away to justify driving to a venue to place a bet.

Of the five states with which Arizona shares a border, two – New Mexico and Nevada – offer sports gambling currently. Colorado is coming online soon, and California could follow, but not until next year at the earliest. Should those four states have their sports gambling markets up and running simultaneously, and the activity is limited to the Phoenix area, Arizona will essentially be acknowledging that it is willing to give up gambling revenue to other states, instead of working to support its own internal programs.