The Premier League winter break – what you need to know

The Premier League is officially on its Winter Break, meaning each side will only play once before February 22nd. When will they play? Why are the games split? Will this really help England win the Euros? Let’s debunk some theories and explain exactly what’s going to happen. 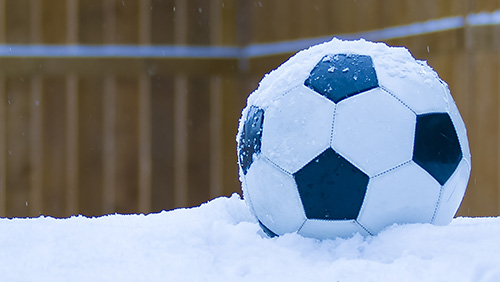 For a start, this Winter Break has been longer coming than the one that took up the bulk of Game of Thrones. Whether Sean Bean saw this happening or not, the return of the former Sharpe actor’s beloved Sheffield United to the top table of English football has coincided with a fortnight’s break for most of the English Premier League teams.

Rather than send everyone on hiatus at once, however, the Premier League has decided to stagger the fixtures across the winter break period, the obvious logic being that fans need not miss out totally on Premier League football, but the players still get a rest.

Most Premier League teams are fully behind this move, with Chelsea’s number nine Tammy Abraham just one of the players in favour of a fortnight to recuperate mid-season.

Each team will get at least 13 days off, more if they dropped their first team line-ups for those devilish F.A. Cup replays that have threatened player’s private flights to destinations such as Dubai, Ibiza and California.

Only eight teams will play this weekend, with 12 in action the following weekend, the midwinter break culminating in Manchester United’s visit to Stamford Bridge.

One manager who decided to relieve his first team of cup duties was Jurgen Klopp, who opted to rest all his big stars – and himself – by not turning up the Anfield replay which Liverpool’s youngsters ultimately won 1-0.

“They need a mental rest and physical rest,” he said. “That’s what the winter break is about, so we have to make this decision because the boys have families.”

They also have private jets, sun loungers and paparazzi shots to gather for their agents, but who’s counting?

Other managers have cancelled warm weather training, with Southampton manager Ralph Hasenhuttl confirming that he won’t be able to take his lads away given they still need to play Tottenham in their F.A. Cup replay, which was rescheduled to tomorrow night.

To give the Premier League a break is a big deal, and it’s been mooted for many years. Is it purely coincidence that the first time England have had a realistic chance of winning a major tournament in many years, the Premier League finally give players a rest? It doesn’t seem so.

Gareth Southgate will hope that in the remaining 13 games, England players are luckier with the types of injury that many suffered during or immediately after the recent Christmas and New Year period, where clusters of games led to muscle injuries, and players such as Marcus Rashford and Harry Kane were forced into prolonged periods out of action that to date still threaten their own Euro 2020 hopes.

Premier League football is intense to a degree that no other league comes close to, yet Italy (16 days), France (24 days) Spain (18 days) and Germany (almost a month) have all enjoyed the fruits of a midwinter break for years. Each of those countries have won multiple major tournaments since England have.

Will the Winter Break be a success? It is extremely hopeful to say that we’ll find out this summer, but over many years, it might just see English players suffering less from collective burnout when it really matters.

Here are the full fixtures, and the dates each team are playing: