Nevada casino trade group on the attack over tax proposal

If the Clark County Education Association (CCEA) had its way, casinos would have to pay higher taxes on the gambling revenue they earn. The group has begun an effort to push for an increase of more than 40%, hoping to push the tax rate from 6.75% to 9.75%. As would be expected, the move is finding a significant amount of resistance from area casinos, both for the idea that they should pay more and for how the CCEA is trying to trick voters into signing off on the measure if it’s added to the 2022 November ballot. 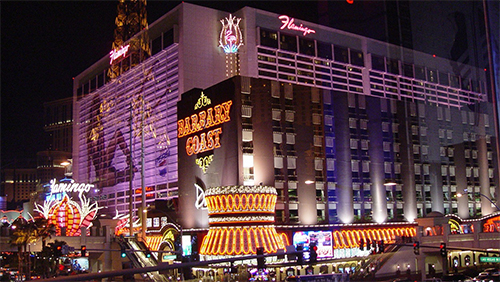 The group reportedly wants to put an entry on the ballot that would allow voters to weigh in on a proposal to raise the tax rate to provide more money for the state’s education fund. However, this, according to the Nevada Resort Association (NRA), isn’t entirely accurate. The money would go to the state’s general fund, from which only a certain amount would be pulled for educational programs. This misleading language, asserts the NRA, is illegal, and the group is now suing the CCEA to try to prevent the measure from being able to move forward.

The ballot entry also has mistakes in its language regarding the timeframe that the new tax would begin to be collected. It states that the higher tax would start funneling into the fund in January of 2023; however, the NRA emphasizes that this isn’t accurate. If voters approve the measure, it would still have to be officially reviewed and greenlighted by the state’s Supreme Court, which could take 38 days – a lot of time, considering the tax would have to be paid on a monthly basis.

The NRA has submitted its lawsuit in Clark County Court, according to The Nevada Independent, and reads, in part, “Whether the proposed Description of Effect is misleading because of intentional concealment or oversight, this Court, through its jurisdiction under NRS 295.061, is ultimately charged with safeguarding the citizens’ right to be provided with an accurate account of a proposed measure.”

The CCEA states, through the language of the measure, that the money would be directed to the Distributive School Account, an assertion that is false. Legislators would ultimately decide how to use any additional revenue generated from the new tax, and the attorney representing the NRA, Matt Griffin, explains, “It is important that voters understand that despite CCEA’s representations, the Legislature would have no duty to use any of this money for education. The Legislature would be free to spend it on state employee salaries, construction of state buildings, or anything else.”

10% of registered state voters have to sign a petition on the measure for it to be considered for a ballot entry. The CCEA is moving forward, despite the lawsuit, and has to receive at least 97,598 signatures by November 18 of this year in order for the 2021 Legislature to review it and possibly add it to the 2022 ballot.