With the homeless crisis always a hotly discussed topic across the Western U.S., lawmakers and residents are looking for ways to find the financial resources to help reduce the crisis. In Oregon, the Mayor of Wood Village is pushing for the idea of opening a casino in the city, which is just east of Portland. He proposes providing additional tax revenue that could be used to help fight the problem. 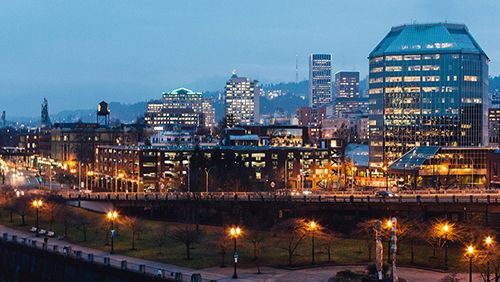 The city has twice tried to get a referendum passed to approve the Wood Village Casino project. That happened in both 2010 and 2012 when two businessmen sought to open gain approval for the facility but residents voted it down each time. However, Mayor T. Scott Harden believes that things will be different this time:

“The new major beneficiary of the dollars will be our homelessness efforts. I think in a lot of people’s minds this would get them to think. It might be the tipping point for a lot of voters.”

Bruce Studer and Matt Rossman are leading the initiative. They filed a pair of ballot proposals on January 30 with the Oregon Secretary of State. This would open the door for the design and construction of a casino and entertainment center that would be located in Wood Village.

To get the project underway, Oregon voters must approve a ballot initiative that would alter the state’s constitution. Currently, the Oregon constitution does not allow for privately owned casinos.

Previously, the initiatives did not have much support within the state, but the Mayor thinks this time it is a different ballgame. “If you have a taxpaying casino that is popular, that people go to, then you are looking at permanent funding for permanent solutions to the homeless crisis.”

This is the focus of the initiative, helping the homeless. The prior initiative focused on helping schools, but Harden says that the constitutional amendment will focus on providing funding that would be used toward housing and job programs as well as drug programs for the homeless.

In a statement provided by Studer, he explained that this casino would provide $100 million annually which would be used for both homeless and school initiatives. The first of these two initiatives would allow for privately owned casinos in Oregon, while the second would create a fund, the Oregon Lottery Fund, with 70% of the money taken in from casino revenues going to homeless programs.