The Kansas City Chiefs will own the honors of longest stretch between Super Bowl appearances when they take the field Sunday for Super Bowl LIV in Miami against the San Francisco 49ers. The Chiefs played in Super Bowl IV, the last before the AFL/NFL merger, and won their only title by beating the Minnesota Vikings. 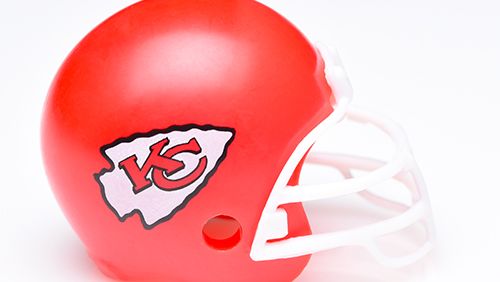 The Chiefs are 1.5-point favorites and also are 0.5-point favorites for every quarter as well as the entire first half. That they lead after every quarter is +260 with no at -370. They are given an over/under of 27.5 points scored, with the over a -135 favorite. Kansas City scored 51 and 35 points in its two playoff wins and has the most electric offense in the NFL led by QB Patrick Mahomes, tight end Travis Kelce and receiver Tyreek Hill.

Who scores the first touchdown of Super Bowl LIV? Kansas City running back Damien Williams is the +650 favorite. He’s -160 to score a touchdown at any time, followed by Kelce and Hill (both -150). To score two or more touchdowns, Williams is the +325 favorite.

How many players will catch a pass for Kansas City? That’s given an over/under of 7.5, with the under a -150 favorite. For a point of comparison, six did in the AFC title game win over the Tennessee Titans, although eight different guys were targeted. Hill is given an over/under of 79.5 receiving yards (both -115) and Kelce 77.5 (over -130 favorite). No tight end has ever won MVP, but Kelce is such a big part of the offense he could easily be the first. He also has been given a total of six receptions for the game, with over the favorite.

Chiefs kicker Harrison Butker is a -125 favorite over 49ers counterpart Robbie Gould (-105) to score the most points in their matchup. That Butker misses a field goal is +280 with no at -410. He missed just four in the regular season and is 1-for-1 in the playoffs. Kansas City has been scoring touchdowns in the postseason so hasn’t needed Butker for much.