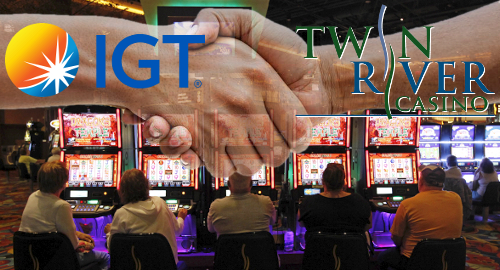 On Thursday, IGT and Twin River announced a joint venture that will control the supply of video lottery terminals (VLT) and other electronic gaming machines to the two state-owned, Twin River-managed/branded casinos. IGT will control 60% of this new, as-yet unnamed JV, with Twin River holding a 40% stake.

IGT currently supplies 85% of the VLTs on Rhode Island’s casino floors, a fact that has long irked Twin River, which says IGT’s machines underperform other manufacturers. The new deal will permit “multiple other manufacturers” to continue supplying gaming machines but Twin River will apply for a technology provider license and “acquire approximately 23% of the slot floor from existing third party vendors.”

The deal, which is subject to approval by Rhode Island’s lawmakers and regulators, would officially take effect on January 1, 2022, although Twin River expects to start supplying gaming machines by July 1, 2020.

The deal will see Twin River drop its objections to IGT’s controversial 20-year extension of its technology deal with the Rhode Island Lottery. Twin River had organized a consortium of heavy hitters to press the government on opening up the lottery contract to a competitive bidding process, but this brief union now appears dead as a dodo.

In exchange, Twin River is seeking an extension of its own supplier contract with the state from its current 2030 expiration to 2043 to match IGT’s deal. The parties expect both contracts to be approved through a single bill to be introduced in the current legislative session.

Many legislators had expressed unease at IGT’s no-bid contract extension but the leaders of both the state’s legislative chambers have already signalled their support for IGT and Twin River burying the hatchet and removing uncertainty from the state’s budget.

Twin River says the deal will also allow it to embark on a major upgrade of its Lincoln casino that will include a 40k-square-foot expansion of its first-floor gaming space, a new 14k-square-foot spa and the removal of gaming machines from the second floor to create a “new entertainment concept to be announced at a later date.”