For the past couple of years, “social gaming” has been the center of a debate in Washington State, and elsewhere, over what constitutes gambling. The games are played with virtual chips, which can either be bought or won through gameplay, and a judge ruled in 2018 that, according to Washington laws, the games should be considered a type of gambling. That didn’t end the debate, however, and a couple of lawmakers are now attempting to better define social gaming, which could ultimately help one of the largest companies in the sector, Big Fish Games. 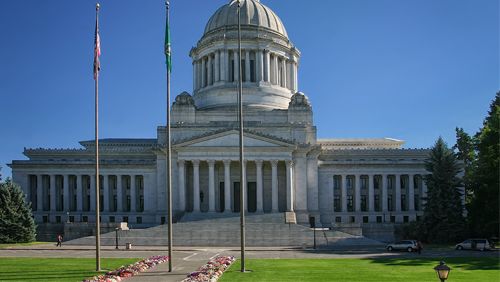 Two bills have been introduced to Washington State’s legislative chambers, one in the House and one in the Senate. The House bill is sponsored by Representative Zach Hudgins and the Senate version by Senator Mark Mullet, and they both read essentially the same – social gaming would be exempt from state gambling laws as long as players are not able to cash out for real money.

According to the language included in both bills, “For purposes of this section, ‘illegal gambling games’ does not include online games of chance when played solely for entertainment purposes with virtual items, if such virtual items may be used only for gameplay and may not be, per the terms of service of the game, transferred, exchanged, or redeemed for money or property.”

The issue over the classification of the games stems primarily from a lawsuit that was submitted by a gamer in 2015. Cheryl Kater sued Big Fish, arguing that the company’s games violated gambling laws since using real money to buy virtual cash is the only way to continue to play if the virtual cash runs out.

She initially lost her lawsuit before an appeal saw the verdict reversed in 2018. Since then, the discussion has lingered and has also impacted similar operations in other states and countries. Kater had asserted that she lost $1,000 playing the games, apparently, because she doesn’t know when to say when.

That 2018 ruling led to a flurry of lawsuits against Big Fish, Playtika, High 5 Games and more. Several manufacturers decided to pull out of the state completely, even though they had been courted by lawmakers and officials to come in.

The plethora of lawsuits was included in the language of the bills, showing the detrimental impact they have on the gaming industry. That language reads, “These lawsuits, if decided adversely to the game companies, pose a substantial financial risk for video game development in this state. The further possibility exists that companies based in Washington will move their base of operations to other states, which would remove thousands of jobs from the state and a currently incalculable, but materially significant, amount of tax dollars… It is the intent of the legislature to remove this economic uncertainty…”

There’s no indication on whether or not the bills have already been discussed by any committee in either chamber, or when they might be considered.