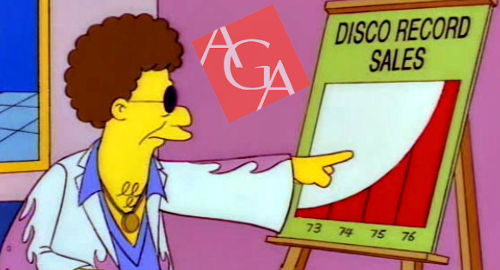 America’s sports bettors plan to splash out big time on their 2020 Super Bowl wagers, at least, according to the latest fearless forecast from the American Gaming Association (AGA).

On Tuesday, the AGA released its annual forecast for how much Americans plan to bet on the single biggest day on the domestic sporting calendar. The AGA says some 26m Americans will place a wager on Sunday’s big game – 3m more than the AGA estimated would bet on 2019’s Super Bowl – spending a combined $6.8b in the process.

The AGA has been offering similarly outsized predictions for years, often based on profoundly shaky mathematical underpinnings. In 2015, the AGA estimated total Super Bowl betting handle would top out at around $3.9b, using a 1999 report to arrive at its final figures.

This year’s survey was conducted by Morning Consult, which sampled 2,200 adults over a two-day period last week. The survey didn’t offer any specifics on how much of this year’s Super Bowl betting handle will be wagered with internationally licensed online sportsbooks, but it did offer some suggestions on what the nascent US-licensed betting market can expect.

As for which team can expect to attract more betting action, the Kansas City Chiefs are so far commanding a slight lead with 52% of bettors favoring them over the San Francisco 49ers.

AGA CEO Bill Miller celebrated Americans’ embrace of their local betting options – though not the reliable back-of-the-bar bookie – in the 14 states that have so far launched some form of legal wagering. With another seven states close to joining that club, Miller said his members were “successfully drawing bettors away from the predatory illegal market.”

For the record, that would be the same illegal market that happily filled the sports betting needs of Americans who until recently had to journey to Nevada every time they wanted a government-approved wager. Those would be the same predators who helped out while Americans waited until 2015 for the AGA to decide sports betting might not kill puppies after all. And the same AGA that claimed the unintentional online poker comedy Runner, Runner was “not far from reality.” But we digress…

Meanwhile, a separate survey by betting operator DraftKings found 82% of 1,000 randomly selected US sports fans want to place a Super Bowl wager. Around 26% of these bettors are minnows who don’t intend to wager more than $25, while 19% plan to spend over $100.

While the survey found that 31% of US sports fans had placed an online wager with a locally licensed site, the most popular form of wagering on this year’s big game will be the tried and true ‘squares’, with 62% of respondents ranking that option above spreads (56%), over/unders (43%) and in-play (42%).