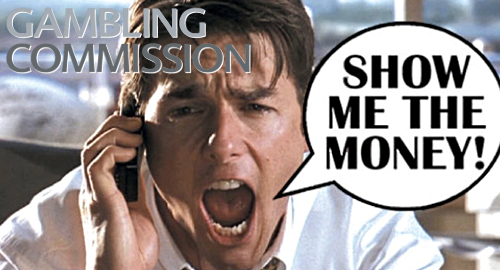 The UK’s gambling regulator is reminding its licensees of the need to be able to demonstrate where they get the cash to make major acquisitions and fund their operations.

On Monday, the UK Gambling Commission (UKGC) issued a statement detailing lessons learned from the regulator’s June 2019 revocation of the license issued to online gambling operator MaxEnt Ltd. The revocation occurred after the regulator discovered that the company had undergone a change of corporate control without alerting the UKGC.

The Malta-based MaxEnt, which operates the Slotty Vegas and BETAT Casino brands, appealed its license revocation, leading the UKGC to stay further action while the appeal was pending. But MaxEnt announced in early January that it was closing its UK-facing operations for “strategic business reasons,” aka Brexit.

The UKGC said the key findings of its Regulatory Panel were that it lacked adequate evidence of the source of funds used to acquire and finance MaxEnt in 2017 and through 2018. The UKGC noted that it has an obligation to prevent gambling from being a source of crime, being associated with crime or being used to support crime.

The UKGC also learned that MaxEnt had filed a declaration form with a different gambling regulator that failed to identify its previous ownership as well as its management of a casino, facts that were similarly omitted from MaxEnt’s UKGC documentation.

Immediately prior to the Panel hearing, MaxEnt submitted “further material” and the hearing identified “new, previously undisclosed information” that required MaxEnt to provide additional material in support. Even after this additional material was submitted, the UKGC said it still lacked the evidence it was seeking regarding the applicant’s source of funds.

This inability/unwillingness to submit the required info led the UKGC to conclude that neither the company nor its new corporate owner “had a proper appreciation for the need to be full and frank with the Commission, nor for what the Commission requires to process an application of this kind,” leading to the revocation of MaxEnt’s UK license.