The English Premier League always comes alive in midweek games, and this week has been no different. There were shocks, crocks and last-minute blocks as London derbies were settled, injury time was an invitation to drama and… Liverpool won on the road again.

Newcastle United managed a draw at Everton despite being 2-0 down after 90 minutes, two Lejeune strikes deep into injury time salvaging a point where none seemed possible to garner at Goodison Park. Southampton were convincing again in South London, beating Crystal Palace 2-0 to move into the top 10. 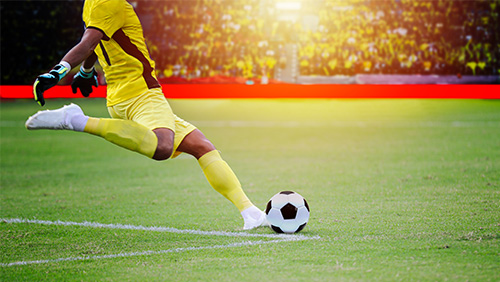 But we start out detailed recap of the action in West London.

The spoils were shared at Stamford Bridge as 10-man Arsenal came back from the dead via the unlikeliest of sources. Chelsea went 1-0 up when David Luiz was sent off for dragging Tammy Abraham to the ground and Jorginho slotted the resulting penalty home. Arsenal, however, were level when Martinelli scampered clear of a N’Golo Kante slip to pounce on Chelsea’s soft centre.

Chelsea took the lead again, and for a while it looked like Arsenal were finished, but Hector Bellerin scored a merited equalizer for effort alone, and even more shockingly, he did so with his left foot, cutting inside from the right wing and striking into the bottom corner to spark delirium in the away end and consternation in the home dugout.

Old Trafford was the Theatre of Screams as Chris Wood and Jay Rodriguez both scored screamers at the home of the three-time European Cup winners. Ole Gunnar Solskjaer cut a disconsolate figure as the mist gathered in Manchester, and poison cut through the air, much of it aimed at the Manchester United board members and Chairman Ed Woodward.

United had no clue how to get back into the game from 2-0 down and that will worry everyone connected with the club, with the possible exception of one man – Argentine coach-in-waiting Mauricio Pochettino. It surely cannot be too long before United push the panic button with their home fans turning against the club. The only thing that placates fans is results, and United can’t buy one at the moment.

Another regulation win for the red machine? You might assume it looking at the scoreline, but in truth it was anything but. Liverpool took the lead, through an 8th-minute Jordan Henderson header from a corner. Half-time came and went, but Wolves emerged from the break a new side. Under Nuno Espirito Santo, no team is out of it, and Raul Jimenez’ equalizer was nothing less than the old gold deserved.

Wolves piled on the pressure, missed chances galore, many of them created by the devilry of Adam Traore. Then, at the end, Roberto Firmino slotted home from a breakaway scramble in the Wolves box and the game was as over as the title race. No-one will remember just how good Wolves were against Liverpool during this season. They were beaten twice, home and away, will say the statistics. But boy, how they made them sweat for it.