Goa casino regulation always something to do tomorrow

Casinos in the Indian state of Goa will have to wait a while longer to learn who will ultimately oversee their activity and where that activity will take place. 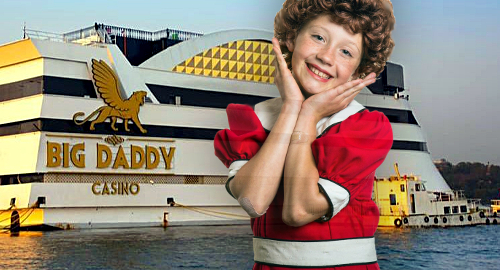 On Wednesday, Michael Lobo, Goa’s Minister for Ports, told local media that Chief Minister Pramod Sawant has no time to focus on establishing a gaming regulatory agency or identifying a permanent home for the state’s six floating casinos because he’s too busy trying to jump-start the state’s iron ore mining sector.

For years now, various administrations have promised a rewrite of the state’s gambling laws, which would involve the appointment of a permanent Gaming Commission. The policy would also involve the permanent relocation of the state’s six floating casinos to a designated land-based gaming zone, possibly at the under-construction airport in Mopa.

Lobo said Wednesday that the floating casino operators were okay with plans to shift their operations to land, “but suggested that they should be given time and be allowed to have live gaming.” Goa’s land-based casinos in luxury hotels are currently limited to electronic gaming and the floating casinos don’t want to give up their lucrative live table game operations once they move ashore.

Goa’s Assembly is scheduled to have its budget session in the first week of February, and Lobo suggested that the CM would take up the gaming issue after the session’s conclusion. Any veteran observer would take that bet in a heartbeat, as Goa’s casino questions will always be answered tomorrow, which is always a day away.

Expect a far speedier resolution of plans announced this week by Goa’s government to inspect the floating casinos for signs that they’ve been underreporting their carrying capacity to improperly lower their tax obligations.