With a full EPL schedule taking place this midweek, it was vital that the weekend brought a victory. Amazingly, just half of the games resulted in any win at all, with clubs such as Tottenham, West Ham, Everton and Arsenal all drawing. That left the door open for other clubs to thrive, however. 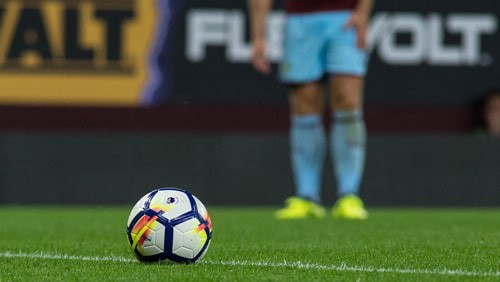 Norwich managed to get a vital win against Bournemouth to prolong their bid for survival into the New Year and Burnley triumphed over an out of sorts Leicester side missing the midfield protection of Wilfred Ndidi at Turf Moor. Elsewhere, some ribbons were almost applied to the Premier League trophy itself, as Manchester City’s stumbling draw at home to Crystal Palace was punished by Jurgen Klopp’s might Liverpool side.

To appreciate just how good a job Nuno Espirito Santo has done at Wolverhampton Wanderers is to simply look at the table in awed wonder. The Portuguese manager has guided Wolves to the same points total as Manchester United with considerably less of a net spend. Not only that, but the Midlands side have a vibrant, attacking spirit about them that is breathtaking to watch at times, and all this in their first season in European competition for some years.

At St. Mary’s Wolves were behind, two strikes quickly scored by Bednarek and Long, a volley of goals that might have left other teams shellshocked. Not this Wolves side. Galvanised by Santo’s half-time team-talk, the ‘old gold’ came out fighting in the second half and scored through the irrepressible Neto.

A penalty followed, duly converted by the ice-cool Mexican Raul Jimenez, and it was the Wolves number nine who netted the winner. Wolves, if they carry on in this form, might challenge United and Chelsea for the 4th place no big team seems to wish to hold at the end of the season. The thing is, in current form, Wolves deserve to play in the Champions League more than their historically illustrious yet presently ponderous foes.

Chelsea showed just how fragile they can be by succumbing to a last-minute winner from a beleaguered and much-maligned Newcastle. Under Steve Bruce, however, no matter how depleted the squad, no matter how bleak it looks, his side find a way to stay alive, and twice this season they have beaten big names to nil at St. James’ Park, their earlier victory against Manchester United giving the Gallowgate just as much reason to celebrate.

Chelsea, unable to capitalize on a number of golden opportunities to grab the lead, especially during a stretched second half, were made to rue their profligacy in front of goal as Saint-Maximin crossed with seconds left and Isaac Hayden rose highest to nod home. Cue delirium from the home fans, and consternation from a decidedly dour-looking Frank Lampard. Jose Mourinho’s former pet midfielder is looking a little like his old master, and may need to look at attacking replacements in the 10 days remaining of this transfer window.

Liverpool had too much for their old rivals, and in much the same as United had done earlier in the season at Old Trafford, the home side were all over the game like a rash. Leading through Virgil Van Djik, a series of disallowed goals and close shaves, combined with an awful miss from Mo Salah saw United survive to the finale, where it would be the next goal that decided matters.

At Old Trafford back in October, the pressure Liverpool were able to exert saw Adam Lallana scrape the Mersey men an equalizer which to this day preserves their unbeaten record. United, throwing everything at Liverpool, arguably had an even better chance, Anthony Martial flicked clear with only Allisson to beat from 8 yards. Instead, the Frenchman blazed high, wide and not-so-handsome, and Liverpool raced up the other end with seconds on the clock to see Mo Salah finally end his United hoodoo, scoring in his umpteenth game against the Red Devils.

For Liverpool, a four-month procession to their first title in 30 years awaits. For United, a laborious scrap for a Champions League place shorn of the fitness of their two best players, Paul Pogba and Marcus Rashford, could see the summer provide yet another reboot. Liverpool should serve as a reminder of how many rolls of the dice it takes to finally get lucky.

Who’ll win the race to 21 titles, Liverpool or United? After this latest Anfield humbling for the Red Devils, it may be the hosts.