Home / Sports / Who will win the Australian Open? 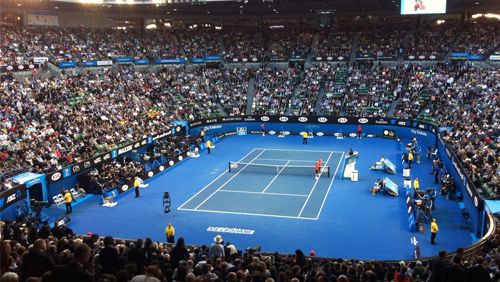 The forthcoming fortnight is sure to be an unprecedented success in terms of the number of eyes on Melbourne and the Australian Open. In tennis terms, it is one of the four Grand Slam events, but it isn’t only that, with the recent bushfires across the country and ATP Cup Finals. The Australian Open 2020 is a cause for excitement and hope in a country that has been burning for weeks now.

Who will win the Australian Open? We take a look at who might follow up the ATP Cup with a run at the title.

Serbian player Novak Djokovic may be the world number two, but having beaten Rafael Nadal in the ATP Cup last week, he will be looking to win his 17th Grand Slam title in Melbourne. Having already won the Australian Open a joint-record seven times, a chance to grab his eighth title will be what drives him on.

It’s hard to look past Djokovic for the win but picking a player to make the final is a market which may throw up a surprise. With Rafael Nadal and Roger Federer both certain to play, the two greatest challengers to the current Australian Open champion have had diametrically opposed preparations.

While the 38-year-old Roger Federer chose to skip the ATP Cup and conserve the energy he has, Rafael Nadal reached the ATP Cup Final, losing to Djokovic in the second rubber of three to hand the initiative back to the Serb.

Who’ll test Djokovic more in the Australian Open may well be decided in the fine margins that the trio of elite sportsmen inhabit, with the three men having won all the Grand Slams during the past three seasons on the circuit. Djokovic has won the last nine games against Nadal he has played, and hasn’t lost to the Spaniard on hard courts since the 2013 U.S. Open final.

Will There Be a British Challenge?

With no Andy Murray in Australia thanks to his continued recuperation, the British challenge will come from the fringes of the 32 seeded players and just below that ranking. Dan Evans has starred in recent ATP Cup games and in general over the last 12 months, and can be a threat. Will he break the quarter-finals? It may be too early, but as the 30th seed, Evans will be protected from some of the harder players who are outside the top 32.

Kyle Edmund has just taken on a new coach in Franco Davin, but although he comes with a great reputation, once assisting Juan Martin Del Potro to his 2009 U.S. Open victory, whether he can bring Kyle Edmund back up to the level that saw the Brit make the semi-finals of the Australian Open in 2018 so soon after starting work with him is unlikely.

Outsiders Worth Backing for a Final Place

While all of the top eight can threaten Djokovic, Nadal or Federer, as has been proved over the last dozen Grand Slam events, it takes more than one result to hold aloft that Grand Slam trophy. So to look at who might be able to make the final, we need to look at which player has it in him to beat not one but two of that magnificent trio in a row.

Having lost the U.S. Open final back in 2019, Russian player Daniil Medvedev proved that he has it in him to make a Grand Slam final on the hard court surface and will be a big threat to anyone’s chances of winning the Australian Open. At around 4/1 to make the final, we think that’s a great price.

Greek player Stefanos Tsitsipas is a bigger price than Medvedev to make the final, coming in at around 12/1 each-way to win the event (half those odds for a final berth). Whereas Tsitsipas has phenomenal Greek backing in Oz, his record at the Australian Open is not brilliant apart from last year’s semi-final against Nadal, in which the 21-year-old then won just 6 games as he was beaten 6-2, 6-4, 6-0.

Our tip: With the draw for the Australian Open pitching Djokovic and Federer in the same half and on a potential semi-final collision course, Daniil Medvedev is a great shot to get revenge on Rafael Nadal in their potential semi-final meeting. Take the Russian to make the final, but Djoko to get the job done, though not without losing a set.

As we said back in our predictions piece for the year, Novak Djokovic is a very tough nut to crack for anyone in the first Grand Slam event to take place.