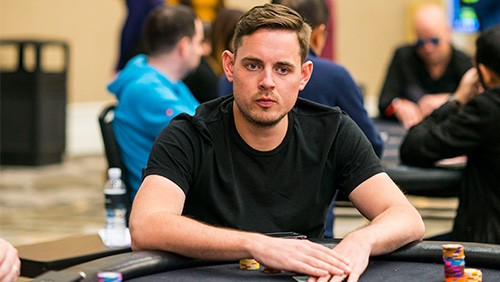 If you had your money on any British poker player to bag a title Down Under, it was probably the man who just bagged A$148,030 in the A$2,500-entry Shot Clock Six-Max Event, Toby Lewis.

Lewis, is, of course, a former Aussie Millions Main Event champion, having won the event back in 2018 for a cool A$1,458,198 – the best live tournament result of his career to date, and largest part of his $6.5 million lifetime winnings at the live felt.

Last year, he completed his second victory at the Crown Casino in Melbourne as Lewis won the A$50,000 Challenge for another A$818,054 result, that tournament coming only a couple of days after another high roller runner-up finish.

This year, of course, Lewis was back in the land Down Under. Taking his seat in the NLHE ‘Shot Clock’ Six-Max event, Lewis got to the trophy again, cashing for A$148,030 after he defeated Xiajing Ji heads-up to take the title.

What has made Toby Lewis so successful at the Aussie Millions? Clearly, the Hampshire-born lover of Los Angeles has enjoyed the venue for years, but something else has driven on his desire to keep building the victories, in the process cashing for over $3.3 million.

This latest win stands apart from the other two results purely due to the speed of play involved in the Shot Clock events. A man who made his name at the online felt, Toby Lewis was an online professional way before he ever took to the live felt, where he has since racked up that $6.5 million in winnings, half of it at the Aussie Millions.

Lewis’s familiarity with the process of making quick decisions over and over again is legendary. Anyone who has – like this reporter – watched him play an online session from start to finish will testify to his ability to make multi-tabling look like single-tabling, to make complex decisions look like simple ones.

Lewis has an innate ability to process information and make cold, calculated decisions in the heat of the moment. Some can stand the heat in the kitchen and resist the sweat in their eyes. Toby Lewis does more, somehow bringing the temperature down in his immediate surroundings to deal with every decision with a cool head.

His latest result, the latest victory in the Aussie Millions arena may just be a warm-up to the Main Event or another High Roller win. Lewis will stick around to press his edge and do as much as he can to leave Australia with another title, another trophy. The softly-spoken player does what he does best and enjoys the time between his victories mainly in North America, indulging in the playing and viewing of American Football, soccer, golf, all areas the self-confessed sports nut is highly knowledgeable in.

The running joke around Toby Lewis is that he only has to arrive in Melbourne to ‘pick up his wages’ at the Aussie Millions one way or the other. Such jokes simply don’t work unless they’re true and it’s a fact – Toby Lewis may have been born on the other side of the world, but no-one feels more at home in Melbourne and battling for Aussie Millions gold at the Crown Casino than one of Britain’s best poker exports.