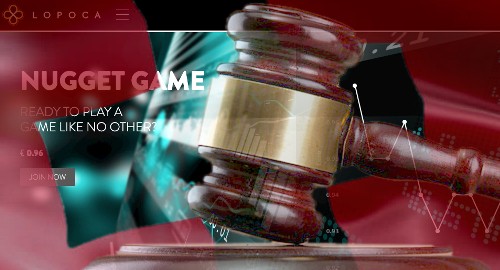 A Swiss court has ruled that online gambling winnings are taxable, even if those winnings do their best to disguise themselves as tradable commodities.

An administrative court in Zurich recently ruled against a local resident who’d earned a small fortune playing the Nugget Game on Malta-licensed online gambling site Lopoca.com. The game resembles a stock exchange, in which users offer to buy and sell virtual ‘nuggets’ – using real-world currency – the price of which fluctuates with supply and demand.

Successful nugget traders who amass a significant quantity of nuggets can also earn bonuses in the form of a percentage of Lopoca’s profits. The Zurich resident at the heart of this dispute was indeed successful and, after four years of trading, cashed out the bulk of his nugget hoard in 2015 to the tune of CHF266k (US$276k).

Trouble was, the nugget trader didn’t declare this windfall on his Swiss tax return, prompting the interest of both the Zurich Tax Office and the Federal Tax Administration when his net worth suddenly surged.

Lower courts sided with the trader, saying the nugget proceeds were a tax-free capital gain, not the proceeds of a mere game of chance (and an illegal one, given Swiss online gambling laws).

But in a ruling published last month, the administrative court saw things differently. The court found that since Lopoca imposed limits on trading volume, charged a commission on trades, set the rules, exchange rate and the overall supply of nuggets, there was no real correlation with a traditional stock market.

Since the nuggets themselves lacked any capacity as a store of value outside the game nor displayed any capacity for monetary function, the court found it was more appropriate to view them as betting stakes rather than any fiat or cryptocurrency.

The trader was therefore instructed to pay tax on his nugget returns, although any nuggets he’d yet converted back to fiat were allowed to remain free of the taxman’s clutches for the moment. The trader may have at least one more nugget to play, via a possible appeal to federal court.

It’s worth noting that Lopoca.com was among the first internationally licensed sites to be tagged with the Swiss Lottery and Betting Board’s scarlet letter of unauthorized gambling domains. So Swiss traders have had to go back to panning local riverbeds to find new nuggets of any value.