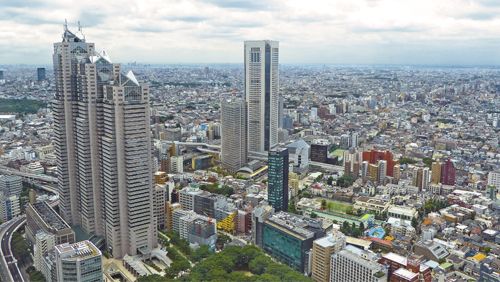 The recent massive bribery scandal surrounding Japan’s integrated resort (IR) scene continues to cause problems in a number of ways. Apart from the fact that it gave opponents more fuel for their anti-gambling fight, it brought together minority political groups to agree to a measure to have the country’s IR plans scrapped. That idea is now being supported by a moral majority in Japan, which doesn’t bode well for the industry’s future.

According to Kyodo News, a recent poll revealed that more than 70% of respondents want the government to reconsider the entire process surrounding legalized gambling in the country. The contentious idea of allowing casino resorts has become even more strained as high-profile Japanese politicians, such as former Liberal Democratic Party member Tsukasa Akimoto, have been arrested or called out for receiving bribes or being involved in manipulation of the IR legalization process.

The scandal has rocked the country and has seen several regions already reconsider staying in the IR race. The most recent to drop out was Chiba, which announced its departure last week. However, there are still other areas that are convinced they need to push ahead and that, eventually, the negativity will fade away.

One of these is Nagasaki, which has often been mentioned as a top candidate to be one of the first three IR locations. According to GGRAsia, it is still pushing forward and has just been given a renewed jolt of energy from interest among casino operators. It stated last week that three companies have responded to the prefecture’s request-for-concept announcement and submitted their ideas ahead of last Friday’s deadline.

Yokohama, another area that is in contention in the initial race, is also pushing forward. However, opposition has always been strong, and the bribery scandal is only making things worse. The negative sentiment and the potential costs associated with building a complex are taking a toll on potential operators, who now question the viability of spending $10-$15 billion to launch new facilities, while facing public outcry.

Any potential IR rollout in the country has already missed one of the biggest marketing opportunities that would have been available at virtually no expense. The World Expo is going to be held in the country in 2025 and hopes were high that at least one IR would be ready before the event. However, progress toward establishing the necessary regulations and framework is moving at an extremely slow pace, and it doesn’t appear that any tangible gambling products will be available until after the expo wraps up.