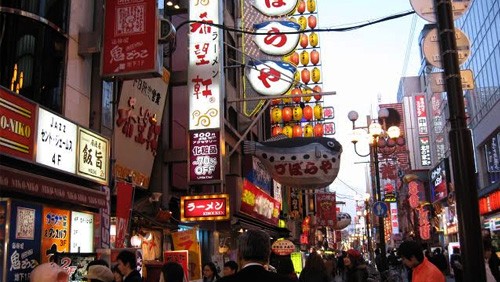 The idea of including integrated resorts (IR) as part of Japan’s landscape captured the world’s attention when the country’s legislation approved the concept almost two years ago. However, the initial attraction wore off as the implementation of the process began to take longer than anyone had expected. With no clear launch date yet established, several companies have already bowed out and a massive bribery scandal surrounding the IR plans has rocked the foundation even more. Now, opposition forces in Japan’s legislative body are teaming up to try to reverse everything that has happened since the ruling Liberal Democratic Party (LDP) set the IR wheels in motion.

According to various local media outlets, politicians with the main opposition parties in Japan have agreed to team up in order to jointly introduce a bill that would abolish Japan’s IR Promotion Act, the initial bill passed in 2016 that paved the way for gambling resorts in the country. The bill is expected to be entered when lawmakers resume their ordinary session on January 20, but is more a symbol of the legislators’ disgust with how the gambling scenario has played out, and not so much an attempt at undoing what has been done.

This is because, as the opposition party lawmakers would know, the LDP has a controlling stake in both of Japan’s parliamentary chambers, which is going to make it extremely difficult for any bill such as this to receive support. Japan’s legislation doesn’t appear to be too concerned with the upcoming bill, either, as it is diligently working on the rollout of the various measures necessary to see the first IR locations chosen and the first licensees selected.

The recent bribery scandal set back the entire IR implementation process in a big way and was an embarrassment to the country. It had many people saying, “I told you so!” as they had warned that gambling would only bring about nefarious activity, but the LDP is still convinced that, despite a few bumps in the road, the industry is going to prove to be positive and very lucrative for the country.

Several lawmakers in Japan’s House of Representatives have been investigated for their possible participation in the bribery ring. One of these is Tsukasa Akimoto, the man formerly in charge of the Ministry of Land, Infrastructure, Transport and Tourism, who has denied all allegations of wrongdoing. Another, Mikio Shimoji, acknowledged this week that his office had received about $9,277 from an adviser with ties to one of the main culprits of the scandal, Chinese online gambling firm 500.com, but that the payment was never declared.