The Racing Industry Transition Agency (RITA) announced that the recruitment process is underway to find the first chief executive officer to head the TAB NZ. This comes after New Zealand completed their racing reform process recently. 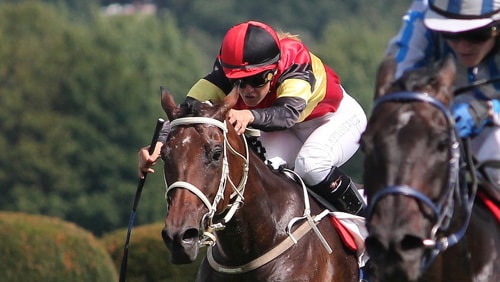 Caldwell Partners has been tasked with vetting potential candidates and assisting in ultimately narrowing the list to a few select choices. The executive recruitment specialist will identify at least one candidate that they believe has the “proven experience in Australasia across the wagering, gaming or similar sectors” that would make them ideal for this position.

In a statement supplied by RITA, they explained, “Recruitment is underway for a CEO to lead TAB NZ into a new era, utilizing the strong existing platform to move the business to a truly commercial operation, redefining the TAB NZ brand for a highly successful and sustainable future, working alongside the TAB NZ Board, executive leadership team, racing Industry codes and governing bodies to achieve this.”

John Allen initially held this position, but he announced in September his plans to step down at the end of 2019. Allen had been with RITA for five years, helping to greatly improve the technology used for betting as well as enhance broadcasting capabilities. He also introduced new race field fees and a point of consumption tax.

At the time of his announcement that he was stepping aside, Allen stated, “The major programmes of investment are largely completed, creating a strong foundation to grow products for Kiwi punters and profit for the racing industry. This was a difficult decision, but with the racing reforms underway, it’s time for someone else to lead the TAB and deliver the revenue growth to support a sustainable racing industry.”

RITA Chairman Dean McKenzie has been temporarily filling the position since Allen’s resignation took effect. He will continue to serve in this position until a suitable replacement has been selected.

RITA is set to make some big changes in June of this year. That is when it will become the TAB NZ, which was part of a bill that was approved in December. This will make TAB the only organization that will be able to lawfully offer betting on races and sporting events in New Zealand. They will also be the only agency that will have the authority to launch new products and services. As part of their duties, they will be forming the Racing Integrity Board which will function as the country’s anti-corruption watchdog.