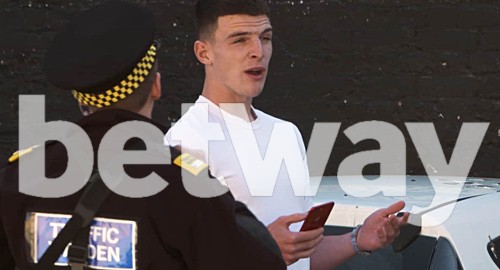 Online gambling operator Betway has learned the hard way that YouTube prank videos can still be ads, according to the UK’s advertising watchdog.

The video featured an actor playing the role of a traffic cop who’d put a restraining clamp on Rice’s car. Rice’s teammate Mark Noble also appeared in the video – wearing a West Ham shirt with the Betway logo prominently displayed – feeding lines via radio link to the cop/actor to keep Rice irritated.

Rice is only 20 years old, and the UK’s Committee of Advertising Practice (CAP) code prohibits any individual who is either under the age of 25 or who appears to be under-25 from playing a “significant role” in gambling promos.

Betway said it viewed the five-minute video as editorial content rather than an ad, since it didn’t depict Rice in a sporting context, nor did it reference any specific market, odds or promotions and didn’t contain any link to the Betway website.

The ASA countered that the video featured a ‘HEED YOUR HUNCH’ tagline that the ASA viewed as a clear betting reference. The video also ended with Betway’s logo on full display, along with a responsible gambling message to “Bet the responsible way. 18+ begambleaware.org”.

As such, the ASA viewed it as indistinguishable from an ordinary betting promo, which meant Rice’s presence was a violation of the CAP Code. Betway was ordered to take greater care in excluding football jailbait from its promos in future, regardless of where they air.