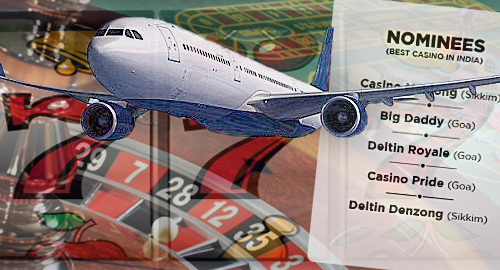 The Indian state of Goa has injected still more confusion into its already murky casino policy.

On Tuesday, Goa’s Chief Minister Pramod Sawant informed the state’s legislative assembly that casinos may be permitted in the 223-acre designated commercial zone adjacent to the in-development Mopa airport, which is expected to be ready for use by 2021.

However, Sawant added that there is currently no proposal to build commercial space in this zone and likely won’t be until the airport is ready to launch. Which isn’t really a given, thanks to a recent Supreme Court ruling that spanked the airport’s developers for illegally cutting down thousands of trees. To date, the project is only around 14% complete.

Sawant also stated that only airline passengers would have access to Mopa casinos. Goa’s government is currently crafting a formal casino policy – and has been for several years now – that would prohibit local residents from entering any of the state’s casinos, be they land-based or the floating variety, so presumably any locals traversing through the airport will find the casinos off-limits.

Speaking of those floating casinos, the Mopa airport’s commercial zone was at one point tipped as the likely spot for the permanent relocation of the state’s six casino vessels. The government has been trying to relocate the vessels from their current spot on the Mandovi river to a more permanent locale for a few years now, also without progress.

Last week saw Goa’s tourism minister suggest the vessels might be moved to a space in Aguada Bay where the Mandovi meets the sea. However, other government officials added that the government was still assessing the feasibility of such a plan.

Goa’s floating casinos have continued to ply their trade on the Mandovi thanks to an endless series of six-month extensions that allows the government to continually kick the casino can down the road. The latest of these extensions is set to expire in September, meaning the chorus of voices demanding that the government issue some kind of concrete casino plan will only get louder in the coming weeks.

Tuesday brought news that three Goa floating casinos — Big Daddy Casino, Casino Pride and Delta Corp’s Deltin Royale — had been nominated in the Best Casino category of the inaugural India Gaming Awards. Sadly, there’s no category for Best Gaming Regulator but then Goa never really had a shot at that title anyway.