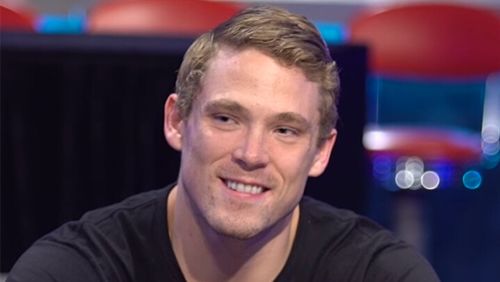 Alex Foxen has achieved the highly improbable after his amazing Season XVIII WPT Five Diamond World Poker Classic victory at the weekend, taking down the record-breaking tournament for $1.6 million and in doing so, becoming back-to-back GPI Player of the Year, the only player to win it twice in its history.

Having finished as runner-up in this very event two years ago, the announcement of Foxen as this year’s winner surprised nobody, such is his recent dominance of poker tournaments. Foxen’s win brings up $15 million in live tournament winnings, putting him 50th on the All-Time Money List.

Foxen’s victory is all the more impressive given the standard of opponent he faced at the final table. Of the five opponents he was up against, Foxen was taking on two former WPT champions in Seth Davies and Jonathan Jaffe but would outlast them and everyone else to win a spectacular title at the Bellagio Hotel and Casino in Las Vegas, Nevada.

The final day saw Danny Park start with the chip lead, but Foxen sat right behind him in the counts, and an early hand between the two men saw Foxen flush some chips out of his opponent and trade leaderboard places with him.

It would be the WPT Champions Club member Jonathan Jaffe who would bust first, losing a coinflip to Foxen, who ironically busted Jaffe on the bubble back in April in the Seminole Hard Rock Poker Open. If Jaffe returns to the WPT and is playing the same day as Foxen, you can bet he’ll be checking that table draw.

Danny Park would bust next, his pocket tens unable to hold against the eventual runner-up, Toby Joyce. Seth Davies battled back into contention for the title when he busted Peter Neff in 4th place, reducing the field to three.

Foxen was in no mood for a long, drawn-out affair, however, as he busted Davies, after a jack-high flop landed and the two men had both hit that top pair. Foxen had an ace kicker to Joyce’s nine, however, and he sealed the deal on the blank river once all the chips on the turn card king.

While Toby Joyce would win $1,120,040 for his second-place finish, the glory was Foxen’s, and while it won’t be confirmed until the first day of 2020, he’s this year’s GPI Player of the Year by everyone’s calculations, the impressive tournament crusher only needing second place to be unofficially confirmed as the winner.