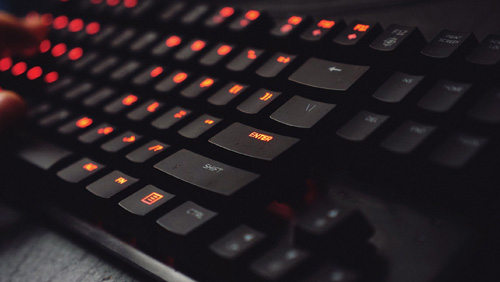 Jumio, a company dedicated to providing better identity-as-a-service solutions, compiled data over the past several years to determine how prevalent account fraud is across multiple industries. Looking at account creations for the past six years, what they determined was that, across the board, fraudulent account creation – using someone else’s identity online – continues to increase. However, the online gaming community seems to have gotten things under control. After five years of steady increases, 2019 has seen a substantial drop in account fraud.

Jumio processes around 300,000 verifications each day, as well as over 200 million identities issued in more than 200 countries and territories. This level of daily processing provides it with a whirlwind of data that is useful in helping curb ID theft and other fraudulent identification activity. In 2014, the online gaming industry saw, according to Jumio’s data, fraudulent accounts in .85% of the cases. This number increased to 1.13% the following year and continued until peaking at 4.21% last year. In 2019, however, the percentage dropped to 2.52% for a 40.21% improvement.

It would appear that the U.K. has figured out a better way to ensure account identity, as the country accounted for a new account fraud rate in the gambling market that came in at just 1%, less than half of the global figure. Jumio adds, “However, while the U.K. has the lowest level of full-year new account fraud rates, it saw a spike in new account fraud over the Black Friday/Cyber Monday weekend, coming in at 11% higher than average 2019 fraud levels. This is a stark contrast to the rest of the world, whereby globally, fraud rates were 19% lower during the holiday shopping weekend compared to average 2019 fraud levels.”

The global decline can obviously be partially attributed to the sharper decline in the U.K. The reason the country saw a decrease comes from the improved and tightened regulations regarding know-your-customer and anti-money-laundering procedures that have been implemented by the U.K. Gambling Commission. As those rules have been shown to be effective, it’s likely that other countries could begin to adopt similar practices.

Philipp Pointner, the chief product officer for Jumio, adds, Often, the first step in identity theft starts by creating a new account online. Identity theft is the deliberate use of someone else’s identity (e.g., name, address, bank accounts) to get money and credit and make purchases. But, identity theft is also being used to perpetrate enterprises to distinguish between high-risk from low-risk users — and this is only going to accelerate thanks to large-scale data breaches, the evolution of the dark web and the looming threat of identity theft.

“All too often, companies rely on traditional methods of identity verification which are not well equipped to detect sophisticated methods of new account fraud. While the U.K. has witnessed new account fraud levels decrease in some sectors due to tougher regulations, all organisations still need to be vigilant and ensure they have the best security in place, particularly during periods such as Black Friday and Cyber Monday, whereby new account fraud attempts clearly increase.”