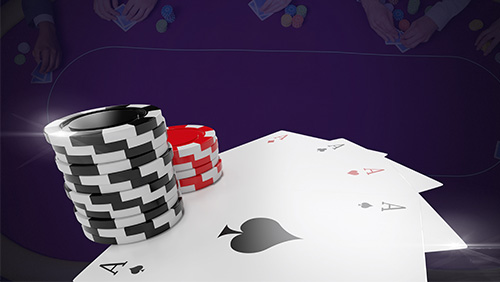 After a three-way deal dominated the final table, it was Semen Kravets who took down the €1,100 EPT National in Prague as the latest EPT event produced another massive field.

With the traditional Christmas cracker of a festival welcoming players to the Yuletide paradise of Prague, the EPT National cost just €1,100 to enter and provided a field of 2,452 players.

Just six players kicked off the action on the final day and Kravets it was who had the chip lead, but if the Russian player thought the final day would be a parade for him, he was mistaken.

First to leave of the six players was Gregory Telman, who moved all-in with ace-ten, only to be called by Chinese player Yin Liu, whose ace-king was in front and stayed in front to reduce the field to five players.

While Kravets lost the lead, Romanian player Narcis Nedelcu grabbing the advantage, it would be Nedelcu himself who would go out in 5th place. All-in and at risk with ace-king, Nedelcu was well ahead of Kravets, who had king-jack, but although an ace arrived on the flop and a king on the turn, Kravets made a runner-runner flush on the river to drown his opponents chances.

Yin Liu was next to bust, short-stacked and desperate to get back into the fight. With all of his chips in the middle with ace-four his hole cards, Finnish player Jussi Mattila made the call with a suited king-jack and managed to find the flush on the river just like the chip leader.

It was rough justice on Liu, who had already finished in 5th at the same festival, his result in the Hyper Turbo side event just one place behind his latest effort. Fourth place didn’t feel any sweeter when talk turned to a three-way deal between the remaining players.

Talks initially broke down between the trio but reignited a few minutes later when a timely 20-minute break seemed to bridge whatever concerns had previously arisen. The deal was agreed, and play was agreed to continue with the following deal signed, sealed and very nearly delivered.

With an additional €30,276 to play for, Kravets, Jasper Meijer van Putten and Mattila did battle for the victory, armed with some cold drinks and a fun attitude to the pay-out now they were all a minimum of €202,048 in their accounts.

Kravets went on the attack, and in two hands took out Meijer van Putten. Heads-up lasted a lot longer, with almost two hours of action once the winners photos had been taken. Jussi Mattila actually had the lead, with a 3:2 ratio going into the final duel. But a crucial flush for Kravets gave him the lead and in the final hand, Mattila called Kravets’ four-bet shove with ace-ten holding pocket nines. The flop was safe for the Finn, but the finish for the Finnish was assured when an ace fell on the turn and no nine could came on the river.

* After a three-handed deal