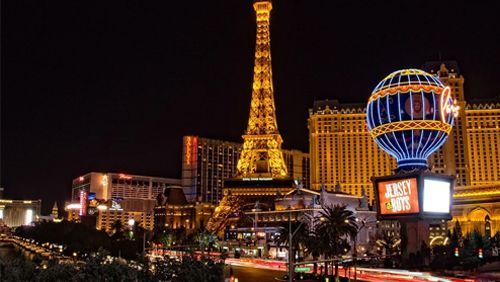 Fremont Street Experience, the name given to the revitalization of the Las Vegas downtown entertainment district, continues to see substantial development. In commemoration of the efforts, and to showcase one of the most anticipated projects, this year’s New Year’s Eve celebration in Sin City is going to include more than just the typical lights and festivities. It will also be the time that a new Viva Vision canopy is unveiled.

Viva Vision is a 1,500-foot-long (and 130 square feet in total space) video display purported to be the world’s largest. It arches over Fremont, 90 feet above pedestrians’ heads, and has undergone renovations valued at $32 million. It is the first time the display has been updated in 15 years.

2020 will mark the canopy’s 25th anniversary, so the timing of the launch will also be in commemoration of the occasion. It will contain almost 50 million LED lights – around four times more than the previous display held. This, according to the city, will make it seven times brighter and four times sharper, and will allow shows to be displayed even when the Vegas sun is beating down on visitors.

Vegas contracted with Watchfire Signs out of Illinois to make the digital screens. They used 1,054 subframes that contain 64 modules each, with the subframes developed to be placed only in specific locations on Viva Vision, similar to how a puzzle might be put together. This meant ensuring that all of the pieces were delivered in an organized fashion to ensure the canopy could be completed in an orderly manner. The company created a time-lapse video so those interested could watch the structure come to life.

Watchfire president and CEO Steve Harriott explained in a blog post, “We had to get very creative to develop a unique product that met all the distinctive needs for Fremont Street, including trimmable modules that fit the canopy’s shape and can handle the extreme desert conditions. Interest in this product has been very high and we’re looking forward to using it for other projects.”

Las Vegas is looking to add new energy to the city and has several projects in the works, even a possible subterranean transportation system. That project may still just exist only on paper, but another project is moving ahead at full steam. Circa Resort and Casino, being developed by Derek Stevens, is about halfway through its construction. The $1-billion project is expected to open sometime toward the end of next year and, when it does, it will have become the first completely new casino resort in Vegas in the past 40 years.