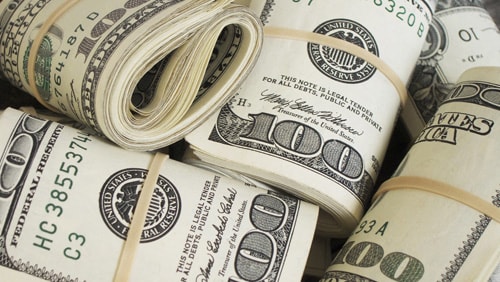 Celebrity gossip has a way of pervading even the hardiest of souls. No matter how much you ignore the plethora of red-rag promises that the latest news will shock you or that you won’t believe what happened at an event you really would expect that to happen, no-one is completely immune from being intrigued purely for the point of clarity.

So when Pamela Anderson stated in 2014 that her ex-husband Salomon had won $40 million playing poker, the collective response from the poker industry was akin to the reaction most give when told about NASA’s plans to return to the Moon by building a permanent base on the tide-controlling orbiting rock around the Earth.

But while many scoffed at the former Baywatch actress’s claims, a recent French court case looks to have confirmed that approximate amount of winnings. Salomon, who went on to take part in the Big One for One Drop in 2014, 2016 and 2018, where he reached the final table, has won just under $10 million in live poker tournaments according to the Hendon Mob, with almost $9 million of that coming in those One Drop appearances.

We need to go back to 2014, however, to find out about the apparently ‘missing’ money that prompted Salomon’s court case.

So the story goes, Salomon took on the Saudi Arabian sheikh, Raad al-Khereiji, in a cash game in the French Riviera. So far, so believable. A beautiful location, and no reason why this couldn’t be believed. Al-Khereiji belongs to one of the wealthiest Saudi Arabian families, and it was alleged that the game in question took place at the Tiara Miramar Beach Hotel, just a stone’s throw from Cannes, the famous film festival location associated with champagne and the silver screen.

The cash game, according to Salomon, took place across 48 hours, during which time he won $2.8 million from al-Khereiji. With Salomon not receiving the money he won from the sheikh, al-Khereiji’s lawyers informed Salomon that the Saudi Arabian side believed the game to be played for no money at all, and simply for fun.

While several members of the game declared that they heard al-Khereiji tell Salomon that he would pay him and that his lawyers would be in touch to arrange that payment, none was forthcoming, and while al-Khereiji is a player who the court records showed has lost $34 million at Ivey’s Room in less than three years at ARIA Resort & Casino in Las Vegas over the years, nothing could be proven.

In court, arguments turned to the game itself. According to a fairly archaic French law dating back to 1804, gambling debts are only able to be pursued through law if they involve “games involving weapons, foot or horse racing, chariot races, tennis, and other games of the sort which involves physical skill and exercise.”

The judge, who one assumes has never taken on Jason Koon ‘for rolls’, declared that poker was a game of chance, requiring “no physical skill and exercise”.

Salomon’s lawyers had pursued the case based on the claim that the game went on for 48 straight hours. What could be more enduring, they argued, than a test of mental acuity that lasts two days and two nights.

The judge did not buy that poker was “a game of skill and involved the exercise of the body”, as Salomon’s French lawyer, Ronald Sokol, had argued.

While there is the chance for an appeal, no immediate decision has been made by Salomon and his team to go after the courts again in order the settle the perceived debt. For now, the judge ruled in al-Khereiji’s favour, and that it was a game either played for fun or not one involving skill and physical exercise.

They do say that you either win or learn in poker, and while Rick Salomon will see it as an expensive lesson in French historical law, he may think twice about returning to the Riviera in order to bet big again, as may other players.

As for sympathy from the judge in the case, which took place in Grasse, a small perfume-producing town in the foothills of Cannes on the French Riviera, Salomon received none whatsoever.