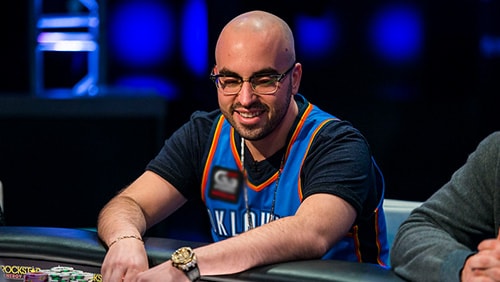 When you’re the best in the business, what keeps you hungry? For Bryn Kenney that answer might be ‘everything’. The phenomenally disciplined player from Long Island continued his domination of the 2019 headlines with yet another high profile win yesterday as he banked over $354,000, bringing his total tournament winnings at the live felt to an outrageous $55,860,195.

y taking down the Seminole Hard Rock Rock ‘n’ Roll Poker Open $25,500-entry High Roller event, Kenney won another $354,565 to add to his already incredible poker resume, with his previous cash being a $20 million win in the Triton Million event back in August. Kenney is showing no signs of slowing up as he approaches year end, with his lead over second-placed Justin Bonomo now up to a comfortable $6.8 million.

With his previous record well and truly in the forefront of our minds when it comes his Kenney’s achievements, Kenney himself showed his usual discipline and poker nous to negotiate a tough final table of six players who all had the experience to win the event.

With seven players reaching the money, Lazaro Hernandez was busted in the final hand of the previous night, his suited jack-four unable to catch Brock Wilson’s ace-deuce of diamonds. With six players left, the chip counts favoured Wilson over the returning Floridian behemoth of the tournament scene, Jason Mercier.

As you can see, Kenney only had 34 big blinds to work with, and with such a high quality field, there was no room for error.

With half a dozen scrapping for the title, it was a pivotal early double through Brock Wilson that assisted Kenney in his pursuit of glory, the all-time money list leader all-in and at risk of losing his tournament life with ace-queen off-suit called by Brock Wilson’s pocket kings. An ace on the flop, however, changed the momentum, and switched the two players’ positions in the counts, Kenney leaping to 70 big blinds, while Wilson dropped back to just 21.

With 45 players having stumped up the $25,500 entry, others who took part but would eventually miss the money included Erik Seidel, Darren Elias and German player Rainer Kempe.

The player who would eventually leave in 6th place was Andjelko Andrejevic, who was all-I and at risk with king-queen against Jason Mercier’s nine-eight of diamonds and Jerry Robinson’s ace-queen. A king on the flop seemed like it might double the Serbian’s stack, but an ace on the turn did for him and he was out.

It would be Anthony Zinno who would bust in 5th place, the WSOP bracelet winner departing with the second-best hand despite flopping a queen-high flush. Unfortunately for Zinno, Wilson had flopped an ace-high flush and moved into the chip lead with that pot.

Jason Mercier’s return to high class poker action ended when he was all-in with ace-queen and crushed by Bryn Kenney’s pocket kings and couldn’t catch up. Within just a couple of hands, Jerry Robinson followed Mercier away from the table. He was short-stacked, but ahead pre-flop with a suited king-ten. Kenney again had the player at risk, holding nine-five of spades, and two spades on the flop and one on the river sunk Robinson despite the latter flopping a ten and rivering a straight.

Heads-up saw a deal decide the day, with Kenney locking up the bigger amount and the title, with Brock Wilson settling for $301,215 and the runner-up finish.