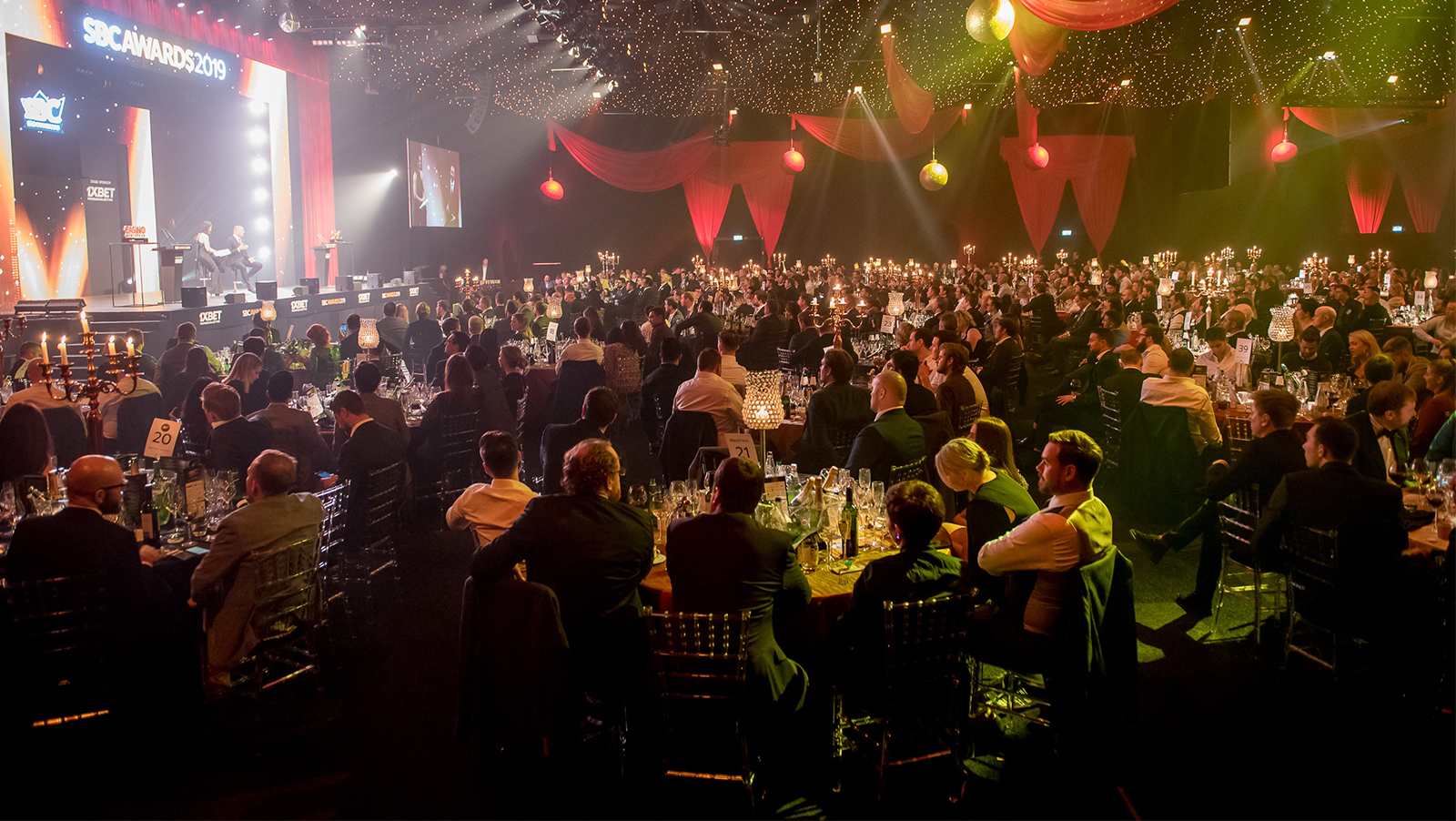 The SBC Events portfolio has ballooned into six events across the year, with a number of changes to set for 2020. For example, CasinoBeats will be a stand-alone event held in Malta this coming March and the inaugural SBC Summit will be taking place in Barcelona this coming September.

But before we dive into what 2020 has in store for SBC, their partners, sponsors, exhibitors and delegates, the sixth annual SBC Awards, was a hit on Tuesday evening, December 3rd, so lets first focus on that.

The SBC Awards year after year, bring nothing but positivity to an industry that has taken a lot of beatings in the public eye. The celebration, which doubles as a Christmas gathering for the iGaming industry, has earned its right as one of the most anticipated networking events of the year. For a number of us, the SBC Awards is the last event of the year and we all know iGaming industry professionals like to go out with a bang.

“We had a great hosting team this year, with TV presenter Kirsty Gallacher and Dutch soccer legend Ruud Gullit. Kirsty is one of the best-known faces in U.K. sports broadcasting and

Ruud, having won the Ballon d’Or and major trophies at both club and international level, is a true football icon”, said SBC’s Managing Director Andy McCarron.

“The SBC Awards moved to a new, bigger venue – Battersea Evolution – this year to accommodate around 700 guests. As well as the awards ceremony, guests enjoyed a Champagne reception, a fantastic three-course dinner and a very lively after-party that ran into the early hours, complete with entertainment, DJ and complimentary drinks”, he added. 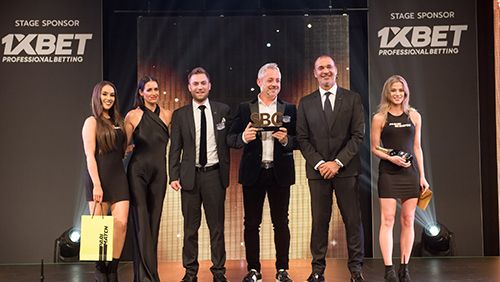 While celebrating is at the heart of the SBC Awards, the judging process has been carefully crafted to honor excellence in a fair way. SBC employ two different judging methods behind the scenes, depending on if the awards are on the supplier side or the operator side.

“We open the voting on the operator and affiliate awards to people who we feel really take an active interest in the industry – people who attended this year’s Betting on Football, Betting on Sports and CasinoBeats Summit conferences! This means the winners in all these categories have the satisfaction of not only picking up the award, but also of knowing that their peers have recognized them as the best of the best”, explained McCarron.

“For the supplier categories, we have a judging panel of senior figures from the industry who are ideally placed to identify key innovations and exceptional service levels. Winners of the supplier awards can be certain they have a product or service that is of genuine benefit to operators”, he added. 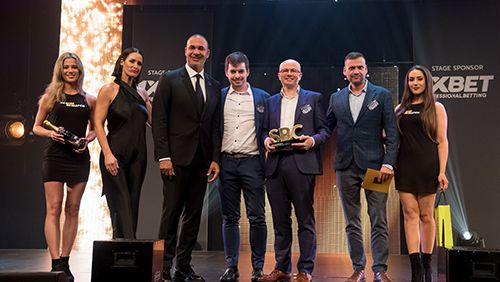 SBC prides themselves on creating outstanding networking experiences, a characteristic that is part of their foundation as an organizer for social events dedicated to the sports betting industry. Not only do the awards serve as a famous SBC networking event, but they also provide SBC an opportunity to say “thank you” to the industry.

“We work with the best operators, affiliates and suppliers throughout the year and the awards are a great way for us to demonstrate our appreciation of the companies who play such an important part in our success by speaking at, sponsoring, exhibiting at or simply attending our events”, explained McCarron.

Sending a message of positivity is at the heart of the SBC Awards and what a way to close out the year for an industry that has demonstrated resilience, innovation, growth and excitement.

“The gambling industry has a bad rap in media and politics. While some of its bad press is, unfortunately, justified, most of it is not deserved. So we felt that actually we should be able to celebrate some of the entertainment that we deliver to a huge number of people”, said McCarron.

“There is a lot to celebrate about the sports betting and casino sector. It is a high-tech industry that values innovation, provides entertainment for millions of people around the world and employs a huge number of people – but all too often the positives get overlooked”, he said.

“The SBC Awards focus on those positives by recognising the achievements of some of the outstanding companies and individuals who are driving the success of the sector and helping to improve its reputation”, McCarron added.

Team SBC has kindly provided a full list of The SBC Awards 2019 winners and here are some words from the recipients themselves on how it feels to receive such an honor.

Robbie Sexton, Head of Business Development & Global Partnerships at Xtremepush, winner of the Marketing & Services Provider of the Year award:

“This award is really important for us. SBC is an important brand, who we’ve worked with at other events, so this is great recognition of what Xtremepush are doing.” 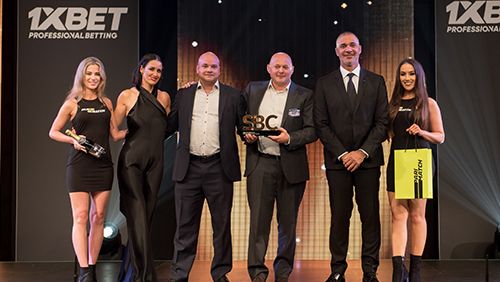 Ben Cronin, Head of Content Marketing at Pinnacle, winner of the Esports Supplier of the Year award:

“It’s nice to get industry recognition, as we are relatively new to B2B. Pinnacle have offered esports betting for 10 years, but it’s great to now have success with customers. It’s the icing on the cake.”

“The award means a lot. We didn’t think we could win, we’re very new and were surprised to even be nominated. We’re very overwhelmed at this point.”

“This award is based on real insights from the industry, so it’s worth a lot. It shows we did a great job!”

“We’re very happy to receive recognition from SBC. It’s a very important award that recognises the hard work of the team.”

Paul Gent, CMO of MuchBetter, winner of the Mobile Payment Solution of the Year award:

“It’s been a challenging year and there’s been a lot of hard work as a team, but this award really represents where we are as a business. We’re really proud to be here.”

John Cruces, Head of Sports Marketing and Sponsorship for Dafabet, winner of the Sponsorship of the Year award: 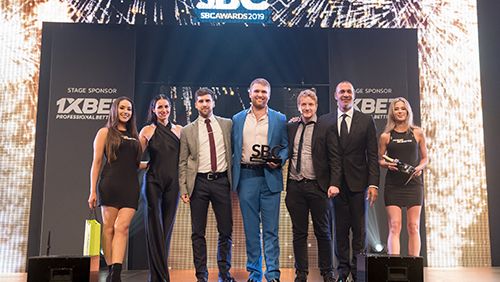 “We’re stunned to win for the third year running. It’s a testament to all the partners we work with, including Celtic, Fulham, Norwich City, the Wales national team, World Snooker and Matchroom Sport, and to the team back in Manila. To be recognised by our peers means a lot to us.”

Mikael Gustafsson, Casino Product Manager at LeoVegas, winner of the Innovation in Casino Entertainment award:“It means a lot to win. We’ve put a lot of effort into the mobile industry and to this new feature Multiplay, which enables players to play two games at the same time. I’m so proud we’ve had this great innovation!”