Oregon’s sports gambling space off to a good start

It’s only been a little more than a month since Oregon launched its mobile sports gambling platform, Scoreboard. Run by the Oregon Lottery, it seems to have already attracted a serious amount of interest and will only continue to grow from where it now stands. According to the Lottery, Scoreboard saw a handle of $13.1 million in November, the first full month it was available. 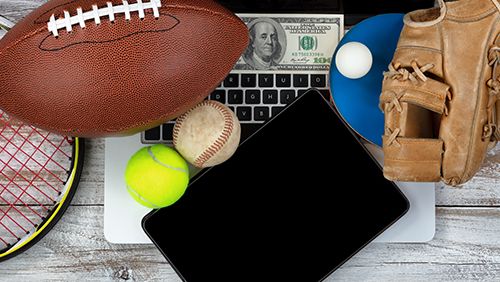 Local news outlet KGW reported on the state of gambling affairs in Oregon and the belief that mobile sports gambling will lead to the fall of civilization, as some like to assert, can be seen as being completely misguided by Oregon’s sports gambling activity so far – as well as that in other states. The Oregon Lottery can more quickly provide data related to sports wagers because of the digital platform and, in November, the average bet placed was just $22. Despite the ability to place bets as large as $250,000, Oregonians are being smart with their money.

That doesn’t mean all of them are smart, though. One bet that certainly could be considered over the top was seen on the LA Lakers/San Antonio Spurs game in the NBA. That contest was held on November 25 and the gambler must not have been paying attention to the stats. The Lakers have had a much more productive year, sitting at 15-2 going into the game, while the Spurs have barely brought a lackluster performance and were 6-12 headed into the match. The $15,021 put down on the Spurs pulling off a surprise victory never had a chance.

That same gambler bet $7,000 total on the over/under for two NFL contests – the Miami Dolphins against the Cleveland Browns and the Atlanta Falcons against the Tampa Bay Buccaneers. The individual didn’t recuperate all of the $15K loss, but at least $5,000 was put back in the bank.

Oregonians must have a crystal ball when it comes to gambling – except for the Spurs fans. Of the $13.1 million the state saw last month, $12.1 million was paid out to gamblers. A large chunk of this went to a single bettor, who saw his $5 bet survive a 15-team parlay and instantly become $81,965, according to KGW.

That unidentified gambler went across the pond to find his (or her) targets. The games were reportedly in the Euroleague women and Eurocup women basketball leagues, and the media outlet adds, “It was the largest payout on a single wager since the Oregon Lottery released its new online sports betting game last month.”