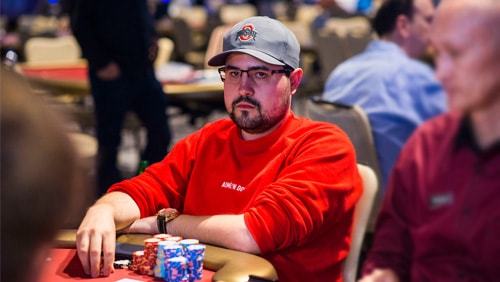 The former StyleHaul Vice President of Accounting and Finance, Dennis Blieden, today pleaded guilty to embezzling the company for $22 million.

Blieden, who won the 2018 L.A. Poker Classic for a cool $1 million, triumphing over British poker pro Toby Lewis heads-up, has admitted embezzling StyleHaul, a former Hollywood digital marketer who moved their offices to London earlier in 2019.

In a case that will cause reverberations around poker, Blieden admitted using $22 million of the company’s money, which is generated from representing Instagram influencers and YouTube streamers and video bloggers, on his own personal expenses and cryptocurrency. It is not clear how much of the money, if any, was used for entry into poker tournaments.

Blieden, whose last live cash came in the partypoker MILLIONS Vegas Main Event back in the summer where he finished a respectable 17th place, will be hoping for clemency from the court, but after being investigated by the FBI, is looking increasingly unlikely to get it.

Blieden’s haul of $22 million may seem incredible, but breaking it down in a bit more detail, there is a potential pattern of where the money went. Overall, the court plea hearing listed personal checks to the value of $1.2 million having been paid to other poker players, with $1.1 in credit card debts paid off with the funds as well as a staggering $8.4 million having been moved from StyleHaul’s company reserves to Blieden’s cryptocurrency account.

With the initial charges threatening the 30-year-old Blieden with up to 200 years in prison if convicted of all charges, the matter is one of huge seriousness in addition to being significant in terms of the poker industry. If the case sees Blieden jailed for the rest of his life, where do the perpetrators of any alleged misdealing in regard to the Full Tilt Poker scandal and the ensuing Black Friday sit? Surely there has to be transparency and fairness all round.

Essentially, if Blieden goes down, who else might go down in poker?

With the Cincinnati-based player now hoping that by admitting one count of wire fraud and another of aggravated identity theft, he will avoid a two-century incarceration, a decision will be made on his future on March 20th at a sentencing hearing set for motion by District Judge André Birotte Junior. We understand that with Blieden having pleaded guilty, the maximum sentence by statutory law is 22 years in prison.

Blieden’s ability to cover up his actions have undoubtedly contributed to the investigation and subsequent prosecution. Falsifying accounting records, framing transfers to his personal account as “equity” withdrawals that were owed to him by StyleHaul, Blieden forged letters from Western Union and misrepresented payments as being to clients rather than himself.

In a final twist, the extravagantly daring Blieden had also rented a property on Rosarito Beach in Mexico, forging a signature from another StyleHaul executive and purporting that the condo was a business property for StyleHaul’s clients and employees. In fact, it was nothing of the sort, and that aggravated identity theft was at the core of Blieden’s plea of guilt.

Like any criminal who tries to get away with something Machiavellian in its complexity, it is often the case that outsiders can view the daring nature of the crime as exciting. With a heavy jail sentence likely, prosecutors will be hoping to dissuade anyone else from attempting anything so risky in the future.

Having stolen millions by abusing his company’s accounts, Dennis Blieden is now gambling on the account he has made of himself in court being remorseful enough for the crimes he has pleaded guilty to. Whether he manages to avoid a lengthy jail term will depend on it.