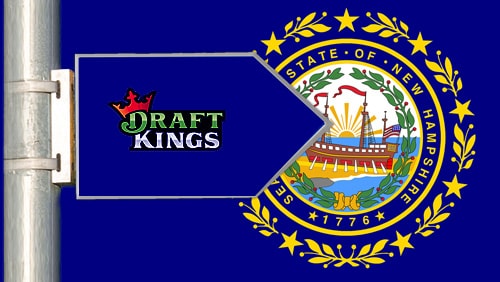 At the end of October, it was revealed that New Hampshire gaming regulators were talking to DraftKings and Intralot about the state’s lottery and sports gambling operations. After hearing representatives from the two companies regale them with anecdotes of how they would be able to revolutionize the state’s gaming infrastructure, the New Hampshire Lottery Commission (NHLC) has reached some decisions and is ready to present them to state leaders.

According to Casino.org, the New Hampshire Executive Council is prepared to meet with Governor Chris Sununu on November 18 to approve the NHLC’s recommendations. One would be that DraftKings become the sole operator of the state’s retail and online sports gambling market and the other would see Intralot have its contract amended to offer limited sports wager activity. New Hampshire passed a law earlier this year that opened the doors for the official New Hampshire Lottery to offer certain types of wagers on sports, with the exception of prohibiting live in-game or single-game action.

If Governor Sununu says yes, DraftKings will be given authorization to operate as many as ten retail sportsbooks and to launch online gambling apps across the state. That contract would be in place until June 2026, at which time it could be renewed through one of two authorized two-year extensions.

DraftKings was one of three finalists to manage the state’s sports gambling industry after submissions were requested by regulators. In total, 13 operators responded, but only the Boston-based company, MGM Resorts International (through a joint venture with GVC Holdings) and Kambi made the final cut to offer online sportsbooks, and only two – DraftKings and the MGM/GVC partnership – were selected for final consideration in the retail space.

DraftKings offered to give the state more of a cut than the other operators were willing to relinquish, which was certainly a deciding factor in the NHLC’s decision. The commission’s executive director, Charles McIntyre, said when preparing the final recommendations for the Executive Council, “DraftKings’ price proposal as a sole provider of the mobile and retail channel delivered more than three times the percentage of revenue to the State than would be derived from a multiple agent market.”

Intralot, which has had to deal with controversy surrounding its operations in other states, was the only company ultimately considered for the online operations tied to the lottery. This is most likely due to the fact that the company already runs the state’s lottery, and will be able to manage the entity’s sports gambling activity through June 2025, if approved by the Executive Council and Governor Sununu.

McIntyre explained of the Intralot decision, “Intralot had the most comprehensive plan on how to make the more restricted product operate in the lottery retailer network. Other proposals were largely based on associating the lottery product with retail and mobile channels, and did not clearly identify a viable lottery-based channel.”

The goal is to have sports gambling up and running before the NFL Super Bowl is held next February. Currently, only five cities in the state have approved the launch of the activity, which means DraftKings needs to find a way to convince another seven if it wants to run its full complement of 13 venues.