Australian-based gaming equipment manufacturer Aristocrat Leisure Ltd. has found its secret to success. The company has released its financial standing as of the end of the most recent fiscal year, which closed September 30, and things are looking up. The company reported that its net profit, after tax and amortization, had increased 28.2% from the previous fiscal year, coming in at $573.4 million. 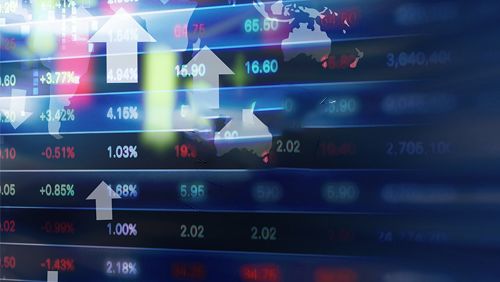 That profit was off of revenue that increased 25.3%, which means Aristocrat has figured out how to increase its margins. Revenue for the year was $2.99 billion, a nice uptick from the $2.39 billion a year earlier.

After drilling down and separating the good from the bad, which includes excluding some adjustments and expenses, the slot machine manufacturer was looking at a net profit after tax and amortization that was 22.6% higher year-on-year and which reached $609.62 million. Its operating revenue jumped, as well, climbing 22.7% year-on-year.

The company’s CEO and managing director, Trevor Croker, included a statement with the earnings report, indicating that Aristocrat has “delivered another year of high-quality profit growth in fiscal 2019, further extending our track record of share taking and organic momentum, driven by strong investment in talent, product portfolios and marketing across our land-based and digital businesses.”

EBITDA (earnings before interest, taxes, depreciation and amortization) was 20.2% higher than it was a previous year and stood at almost $1.09 billion. The EBITDA margin, however, was down 0.8% to 36.3%, which Aristocrat explained was due to “margin expansion across the land-based business partly offsetting the expected moderation driven by the full period impact of the lower-margin digital acquisitions.”

The results proved to be better than what analysts had predicted “due to positive tax benefits, forex tailwind, and gaming operations/margin expansion,” according to analysts with JP Morgan Securities Australia Ltd. They now expect continued growth and add that “confidence in another 12 months of land-based performance is evident as the question remains on monetisation of [digital game] RAID and pipeline/stabilisation of social casino development.”

That appears to mimic statements made by Aristocrat. The company asserts that outright sales will see incremental gains, especially in the North American region, and that it will keep its “market-leading share positions” across multiple segments. It further offered, “In land-based gaming operations, we expect continued expansion across our total gaming operations installed base, leveraging our broadening portfolio, while maintaining market-leading average fee per day performance across the overall combined installed base.”