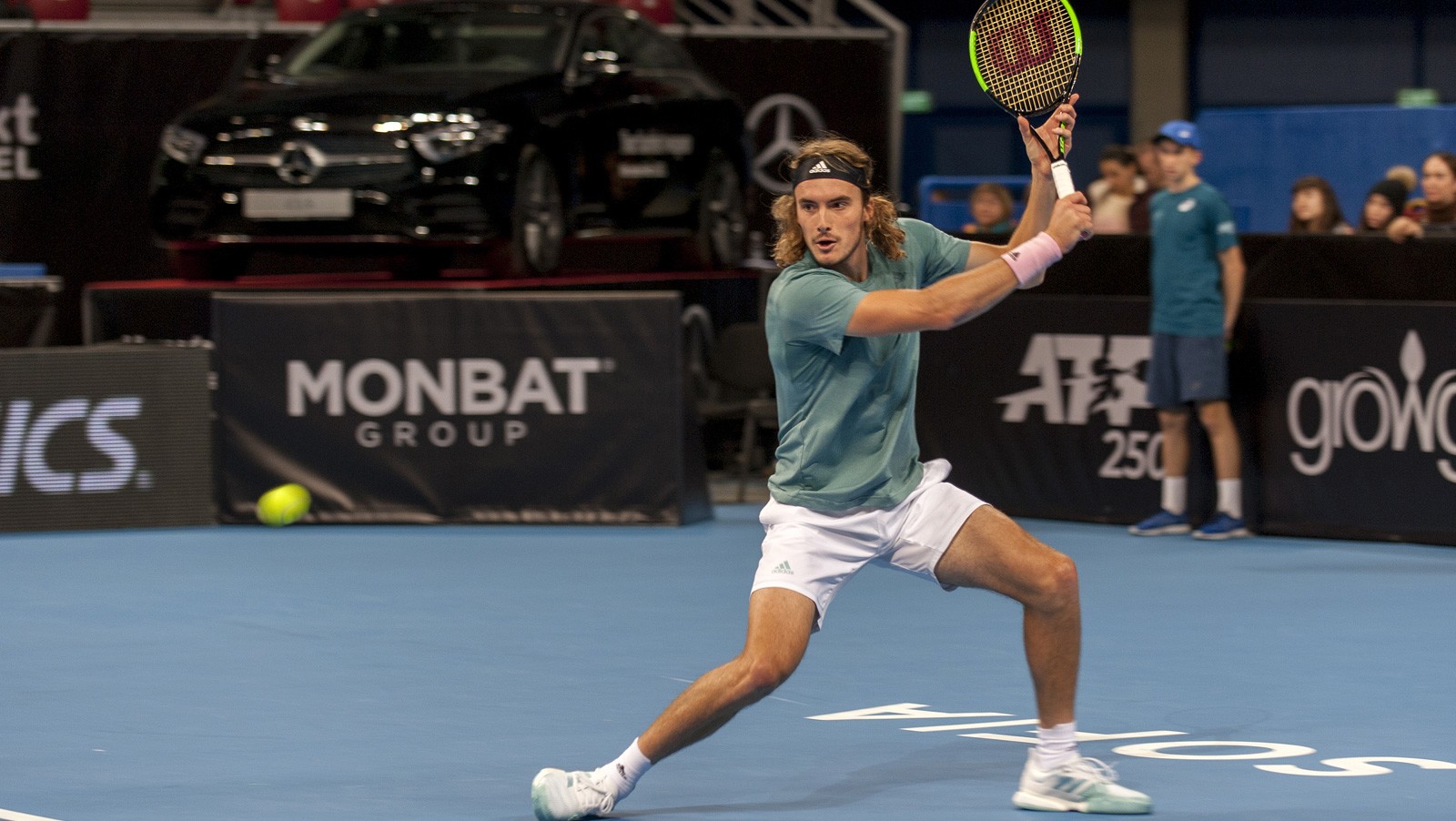 Tsitsipas stops Federer in the semis

Tsitsipas made the final by beating Novak Djokovic’s conqueror, Roger Federer, in his semi-final. The moment of victory itself was particularly poignant, with Tsitsipas beating the man he had grown up admiring 6-3, 6-4 in a highly dominant fashion.

Indeed, there was an air of the baton passing between the two men, such as it had back in 2001 when Roger Federer won a five-set classic against ‘Pistol’ Pete Sampras. Tsitsipas, at just 21 years of age, overcame not only his hero but a 20-time Grand Slam winner who is 17 years his senior. It wasn’t simply a victory, but a changing of the tide.

In winning his semi, Tsitsipas became the youngest player to reach the ATP Final since Juan Martin Del Potro did so in 2009 and made sure that the final would not included Federer, Djokovic or Nadal – something which so rarely happens in a sport dominated by the trio in modern times.

With Tsitsipas’s hero conquest, Federer saw his season end in disappointment. The Swiss master will be less than a year away from 40 by the time the Australian Open rolls around, and it is hard to see next season being anything other than his swansong.

While Tsitsipas’ win was dominant, Thiem reached the final in form that was nearly as impressive himself. The Austrian triumphed 7-5, 6-3 against the 2018 ATP champion Alexander Zverev, with the German unable to prevent Thiem’s dominance of the court.

Two attacking players promising to aim missiles at each other throughout, a packed O2 arena and $1.3 million – it could only disappoint, couldn’t it?

An extremely tight first set saw both men fail to grab chances to break the other man’s serve. The tie-break, when it came around with a mounting intensity, such was the seeming importance of the first set, lived up to the hype. Both men had a winning record in 2019 that relied heavily on taking the first set. That edge is even more important in best-of-three battles. But despite Thiem taking it 8-6, the momentum would shift in a dramatic way.

The second set was a demonstration of exactly why Tsitsipas has enjoyed such a stunning breakout year in 2019. The 21-year-old has the rare capacity to be able to switch into a clutch mode of play that doesn’t last a mere few points but can instead dominate enough games to seal the set. That was exactly how he took the second set, winning the first four games, marching to an inevitable 6-2 suffocation of Thiem’s talents.

The third set was markedly closer, the two men trading blows, and breaks, as first Tsitsipas then Thiem managed to snatch a game on the other’s serve. At points, the games seemed a formality for the Greek player, and the opposite was true of Thiem, whose at times desperate preserving of the set’s on-serve supremacy was tantamount to a man keeping a door shut against a raging torrent. Thiem had the resolute nature of someone who believes they can force the tidal wave to go around them by holding it off long enough to discourage it through sheer willpower.

Tsitsipas, serving into the lead in the tie-break, switched ends 4-2 up, a mini-break ahead, but blowing each breath into the blue glow of the O2 Arena as if each exhale might be his last. Instead, he summoned up forehands from the Gods themselves, each one rising over the net and slamming onto the hard court with more intensity until Thiem was two metres behind the baseline, returning from muscle memory.

Tsitsipas at first stumbled, quite literally onto a knee that would bleed through his victory, then emotionally, as the moment caught up with him. But in the end, he embraced it, and encircled by adoring fans waving Greek flags, some covering their view with it, hoping through the prism of their nation’s colours, to see their hero crowned the winner.

They would get their wish.

Thiem slid a backhand into the tramlines and his look to the sky said it all – not now, not like this. But it was inevitable. Tsitsipas only needed one Championship Point to serve it out, and sunk to his knees upon Thiem’s wayward reply, the title he had visited London and dreamed about winning as a young child finally coming true.

The tennis world has a new hero this morning, as it wakes to Stefanos Tsitsipas announcing himself on the scene as a major winner.

The 2020 season will surely see the Greek player will his first Grand Slam of many.