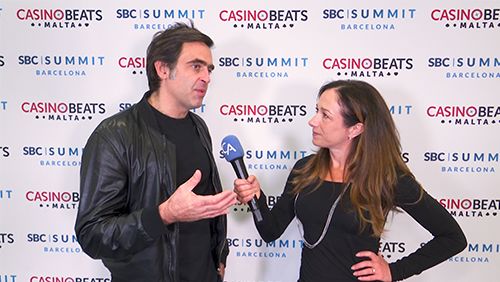 Ronnie O’Sullivan is one of the greatest snooker players alive today, and he seems to take a lot of pride in that. As we learned when he spoke to Becky Liggero Fontana, his consistent success has a lot to do with his sponsorship from BetCris.

When they spoke, O’Sullivan was just coming off a win at the Shanghai Masters, and Fontana asked him how it felt. “I love the Shanghai Masters, it’s such a great city, that’s my favorite tournament of all season,” he said. “But it’s not easy, you know, the pressure and the stress of it, and that’s the bit I don’t enjoy as much, that’s why I don’t play as many tournaments, because I just can’t put myself in them situations too often, you know? So I try and spread it out a little bit, and hopefully that’ll give me a bit more longevity, and enjoyment, which is key I think.”

O’Sullivan really appreciates his Chinese fans, as he feels they appreciate his talents for the right reasons. “A lot of sports people in the U.K. is celebrated not necessarily for their longevity, or their greatness, or being the best at what they do,” he explained. He added:

“Whereas, when you look at someone like Steven Hendry or myself, or someone like Lionel Messi, Roger Federer, Tiger Woods, Michael Schumacher, you kind of look at their careers and you go, they’ve done it over a long period of time, sustainability, and that’s what I think people call true greatness. And I think in China, they realize that much more and they respect that side of it much more than they do in the west, whereas in the west, it doesn’t matter how you got there, even if you beat bums, you got there.”

The snooker legend credits his partnership with BetCris in allowing him to dedicate himself to the game and become a better player. “They’ve allowed me to just go and play and focus on my snooker career,” he said. “They said ‘We’ll support you every victory you have, every match you do, we’re supporting you.’ And we feel like we’re on this journey together. And for me that was great because that allowed me to just go and be the best I could possibly be.”

Although he believes he has a good 7 to 10 years left in his playing career, O’Sullivan is already looking forward to what comes next. “I need to probably look to get involved with something around sport, maybe a school of excellence,” he said. “Maybe something whereas I can kind of build a business and build a brand, and kind of still be involved in it but it doesn’t require all of my time.”