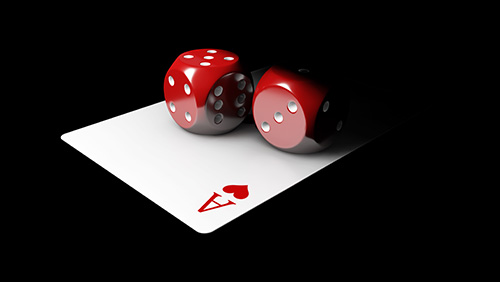 It’s a horrible feeling as a player, but as poker fans, we cannot get enough of it. A player is all-in with pocket aces…and loses the pot. Sounds brutal, doesn’t it? After all, the ‘pocket rockets’ are the best pre-flop hand in the deck. But there have been so many dramatic bust-outs with them over the years that it would be cruel not to bring them to book.

Ahead of this year’s WPT Montreal, we start with a hand from last year’s six-handed final table, when Kauvsegan Ehamparam somehow managed to survive being 4% to win the hand from the flop.

It’s truly incredible stuff and as Jack Gong hears his own death knell ringing in his ears as players watch it all play out before the break, if you turn the sound right up, you can just hear the moment his heart-strings snap like a rubber band. Ouch.

2. Seiver runs out of Laak

The partypoker Premier League was a unique atmosphere in the canon of televised poker. Part of that fun was down to the crazy format, which by the end of the heats saw players getting their abacus out to establish exactly how many points they needed to make the Grand Final. But another part of the excitement was the sheer number of poker’s A-List who made it to the table.

Two men who shared a particularly thrilling hand were Phil Laak and Scott Seiver, who get it all in here with one man having pocket aces and the other having… well, not pocket aces.

There are ways to double up in a tournament when you’re short-stacked. Then there are ways to get yourself up to 70 big blinds by throwing it in with king-queen suited. German player Mike Brandau chose the latter and was roundly called out for his over-exuberance by the commentary team… until he hit runner-runner for a flush.

This hand is particularly interesting for an expansion on the traditional ‘put coat on to catch lucky cards when at risk’ phenomenon. Brandau doesn’t stop at slipping on his coat. He’s got his earphones rammed down into his pocket, a scarf tied neatly around his neck and if the cards had come out of the deck any slower, it’s believed he would have booked an Uber. Top class.

They say that in battle, soldiers often get what’s known as the ‘thousand-yard stare’. Well, in Sam Greenwood’s case, his battle to become WSOP Main Event champion saw him look into the future.

Ignoring for a second Timothy Su’s incredible fortune to hit his 18% shot on the river, watch Greenwood’s face around the 4:30 to 4:40 mark in this video, which conclusively proves that Sam Greenwood isn’t human and is in fact a superhuman sent to educate us all on how to already feel pain ahead of time so that you can then act with class and dignity.

How Greenwood doesn’t up the table or ‘pull an Affleck’ at this point is possibly indicative of just how amazing he is at the game. If he can hide his emotions at this point, you’ve got no chance ever finding out what his hole-cards are.

The man who once claimed he could ‘Dodge bullets, baby!’ is unable to shoot down anything at all in this hand with pocket aces. Phil Laak is unable to resist teasing him after the event.

When you watch Hellmuth getting his money in well beaten, it’s not just enormous fun, but educational, too. Not only is this hand a good study into how not to play aces, but it’s also used to date in medical journals as being one of the only occasions that we can detect the swelling of a vein in someone’s forehead in real time. Camomile tea to Table 1, please.

Had enough of pocket aces? Of course you haven’t. You’ll play them, just like we’ll play them. Most of the time, they’ll win, and you’ll breathe a sigh of relief. But the odd time, they’ll break your heart like a Halloween date who doesn’t need to wear a mask.

Be careful out there.