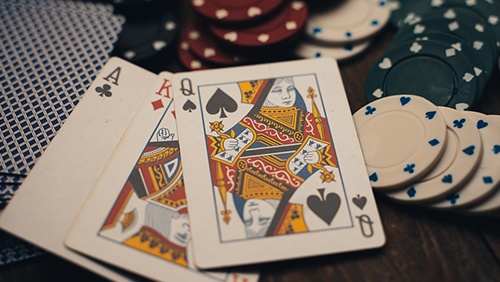 To say that the Battle of Malta enjoys breaking attendance records would be to make the understatement of the season. Eight straight years it has increased tournament turnouts, with 4,657 taking part this year, creating a Main Event prize-pool of €2,258,645, more than doubling the €1 million guarantee Main Event.

After a hugely fun tournament, it was the Moldovan player Serghei Lisii who won the Battle of Malta Main Event after he defeated Steven Van Zadelhoff heads-up after the two men did a deal.

With many players basing themselves in Malta these days, the former WCOOP champion and fitness convert Van Zadelhoff didn’t have to travel far to the event, living just around the corner from the Intercontinental Hotel itself where the tournament was held.

Having announced himself on the International stage back in 2017 when he won the WCOP Main Event for $1.6 million, Van Zadelhoff has been a sparkling personality on the circuit for many years, and the final table saw smiles all round, played out as it was in an atmosphere of celebration from start to finish. Serghei Lisii himself is based in mainland Russia, near the former Olympic village of Sochi, and is a live poker professional, along with many of the final table players.

When the final table got under way, it was Flavio Laudani who was the first player to leave after he ran pocket nines into the pocket jacks of Irish player Colom Higgins. Home country hopes took a turn for the worse next when local lad Shaun De Cesare busted one place later, Higgins again doing the damage, winning a monster coinflip with pocket queens as De Cesare’s ace-king failing to hit, with Higgins even rivering a set for good measure.

With seven players still in the battle for the trophy and a quarter of a million Euros, Bruno Massimo bowed out when he lost a race with ace-king too, this time seeing eventual winner Lisii take the pot with pocket jacks. Rene Moerk was quickly following him out of the door, his drawig hand of nine-seven crushed by Van Zadelhoff’s pocket kings.

British player Leo Worthington-Leese also put in a very strong performance but finished 5th for €56,470 when his shove with pocket fours couldn’t hold against Lisii’s call with ace-queen. Higgins, who had enjoyed such a strong run up from being short-stack at the start of the final day, could last no longer, busting in 4th place when his ace-queen was out-drawn by Van Zadelhoff’s king-ten on the 10-10-Q flop, all the chips going in on the six turn.

Josef Gulas missed out on heads-up when his move with ace-nine was called by Lisii with pocket eights. An ace on the turn gave Gulas that cruellest of things, false hope, but the eight on the river took it away from him and sent the game into a heads-up battle that would last five hours.

The two men did a deal, agreeing to take home 2217,167 each, playing on for €30,000 and the trophy, and when Lisii had king-seven and Van Zadelhoff was committed pre-flop with seven-six, one more hold for the Moldovan saw him take the title.

* after a deal was made heads-up