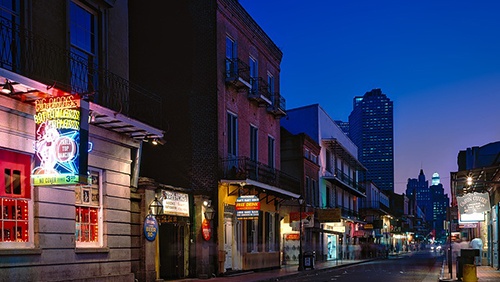 Louisiana’s gambling scene hasn’t been very impressive lately and this trend continued in September. The Louisiana Gaming Control Board published the latest numbers to come out of the state’s casinos and racinos for the month and almost everything was flat. The only exception was The Big Easy, New Orleans. Laissez les bon temps rouler.

Across the board, between the state’s 15 riverboat and one land-based casino, as well as its four racinos, revenue dropped 10.9% year-on-year. In September of last year, they saw $205.9 million, but this past September, the amount fell to $183.4 million. The decrease could be attributed to, in part, fewer Saturdays in the month compared to last year.

Video poker seemed to be a hit, with a 6% gain recorded. The figure went from $45.3 million to $48 million when comparing the two months.

Harrah’s New Orleans, the only land-based casino, saw an increase in winnings of 3% as it climbed from $23.4 million a year ago to $24.1 million this past September. Three area riverboat casinos, however, saw their revenue slide 2.4%, from $22 million to $21.5 million. Treasure Chest recorded a 2.9% loss as revenue dipped to $8.3 million, followed by a 2.6% drop at Boomtown New Orleans and its $9.6 million in revenue. The third, Amelia Belle, remained virtually unchanged, only losing 0.8% with $3.5 million in revenue. As a result, the New Orleans market saw a 0.7% increase as revenue went from $48.7 million to $49.1 million.

Baton Rouge didn’t do any better. Its three riverboat gambling venues reported decreases in revenue of 3.4% as they fell from $18.6 million to $17.9 million year-on-year. That makes two years running that revenue has been flat or has slipped. The only property to be able to reverse course this year was L’Auberge Baton Rouge, which saw a 4.9% year-on-year increase to $12.1 million from the $11.5 million in September 2018. Both Belle of Baton Rouge, which is the city’s oldest riverboat casino, and Hollywood Casino reported massive drops – 28.8% and 9.2%, respectively.

In other parts of the state, Acadiana gambling revenue dipped 1.2% and Shreveport-Bossier City saw a huge 15.6% drop. That decline is especially notable, given that the area has the most riverboats in the state and is also home to the Harrah’s Louisiana Downs racetrack. Three riverboat casinos in Lake Charles were also forced to report drops in revenue.