The great thing about the UFC staging events on the other side of the globe? Often there are very unusual start times. This Saturday morning, for example, bettors have a nice warm-up to college football action as the UFC stages a Fight Night card in Singapore, the fourth time the organization has visited there. The main card, headlined by a welterweight bout between Demian Maia and Ben Askren, begins at 8 a.m. ET from Singapore Indoor Stadium. 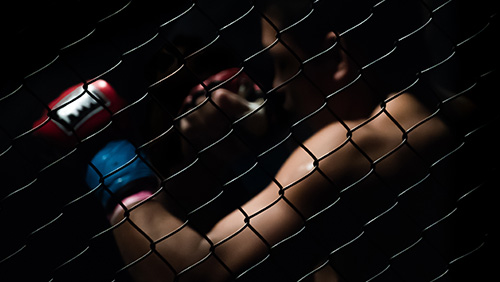 The welterweight champion is Kamaru Usman and the 41-year-old Maia (27-9) is ranked No. 10 in the division. Maia is one of the greatest jiu-jitsu fighters in UFC history and is about at the end of a terrific career – one that never included a world title. He lost a middleweight title fight to legendary Anderson Silva way back at UFC 112 and certainly isn’t going to get another title shot at his age.

Maia lost to Usman last May and has won two straight since, albeit against lower-level competition. He’s off a majority decision victory over Anthony Rocco Martin in June. Maia wins 41 percent of the time by decision and 48 percent by submission – rarely by KO or TKO. His 21 UFC wins are second-most in organization history. However, Maia is a +150 underdog for Saturday.

Askren (19-1), a 35-year-old American, is ranked 11th in the division. He was a fabulous wrestler at the University of Missouri, a four-time All-American and two-time national champion. He also was on the 2008 U.S. Olympic team in freestyle wrestling but didn’t earn a medal. Askren is a former ONE welterweight champion and Bellator welterweight king.

“Funky” has been in the UFC for only two fights. He beat Robbie Lawler by first-round technical submission in March but then lost in July by first-round knockout in just five seconds courtesy of a flying knee by Jorge Masvidal. It was truly one of the most shocking ends to an MMA fight ever and the fastest knockout in UFC history. Askren is -185 for this fight.

The main undercard fight features American Michael Johnson (20-14) against Scotland’s Stevie Ray (22-9) in a lightweight bout. Both come off losses earlier this year and neither is ranked in the division. Johnson is priced at -340 and Ray at +260.