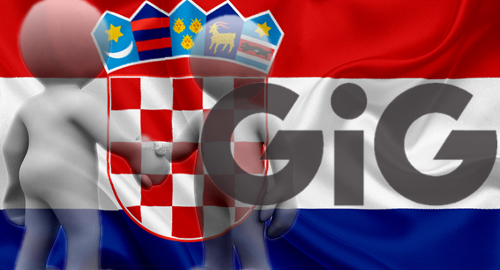 On Tuesday, the Stockholm-listed GiG announced that it had signed a share purchase agreement to acquire 75% of Top Games d.o.o., which GiG says “qualifies” for a license to operate remote gambling in Croatia. The remaining 25% of Top Games will be “retained by the local partner who has a successful history in land-based casino businesses.”

Pending regulatory approval, GiG says the plan for this “collaborative partnership model” is to launch one of GiG’s in-house brands in Croatia, with both parties to cooperate in the ongoing local operations of the unspecified online casino brand.

The deal doesn’t involve any cash exchanging hands, with payment of this acquisition consisting solely on “a contribution of resources by the shareholders.” GiG will prove the brand rights, gambling platform and operational expertise, while its local partner will “upfront the initial costs.”

GiG expects its Croatian launch to happen in the first half of 2020, with a “moderate” impact on the company’s H2 2020 revenue followed by “an accelerated increase in revenue contribution” from H1 2021 onward. Investors mostly shrugged at the announcement, with GiG’s shares closing Tuesday’s trading up slightly more than 1%.

There are currently six locally licensed online casinos in Croatia, who pay 15% tax on their gross gaming revenue. GiG’s acting CEO Richard Brown called Croatia a “very interesting marketplace for gambling” that will further expand GiG’s B2C operations and the company’s strategy to “grow our own brands in high potential and regulated markets.”

Regulated markets haven’t always been so good to GiG, which shut its Swedish-facing online sportsbooks in July over concerns that the country’s betting regulations were “too open to interpretation.” In August, GiG reported its Q2 revenue falling 16% year-on-year, in part due to its Swedish regulated market struggles.

In September, GiG tightened its belt by shutting its proprietary game studio, which was generating “negligible” revenues.