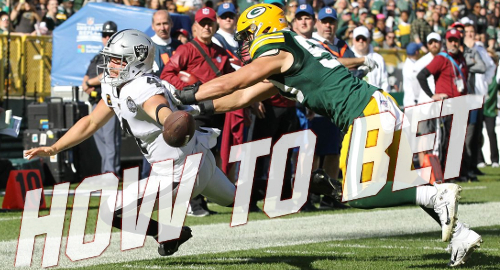 US sports betting’s reliance on the National Football League was on full display in Mississippi casinos last month and in the Oregon Lottery’s new digital betting product’s first NFL weekend.

Figures released by the Mississippi Gaming Commission (MGC) show the state’s brick-and-mortar casino sportsbooks handled just under $37.9m worth of wagers in the month of September, nearly twice the $19.9m wagered in August and $6.1m more than the sportsbooks handled during September 2018.

The above figures don’t include wagering activity from the three casinos run by the Mississippi Band of Choctaw Indians, who don’t report their figures to the MGC. The state’s betting rules also don’t allow statewide digital wagering, which generally accounts for four-fifths of handle in states in which the activity is allowed, although bettors on Mississippi casino property can wager via digital devices.

Meanwhile, the Oregon Lottery’s new Scoreboard online and mobile betting product posted some solid if unspectacular numbers out of the gate. The SBTech-powered Scoreboard, which launched last Wednesday night, reportedly registered 2,300 customers in its first 12 hours of operation. During that same span, those bettors deposited a total of $80k to their Scoreboard accounts.

Sunday’s NFL action provided a further boost to Scoreboard’s fortunes, with the registered customer base rising to over 18,000 and total wagering by these customers exceeding one million dollars.

Local ABC television affiliate KATU quoted a local bettor who said he’d formerly placed wagers with back-of-the-bar bookies or internationally licensed online sportsbooks but said he felt “more confident” wagering with something “legal and endorsed by the state.” Now if they can just keep the app from crashing…