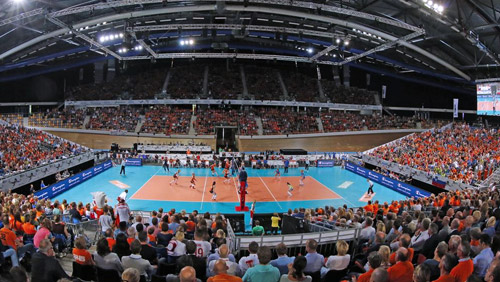 Munich – October 18th, 2019 – Sportradar, the global leader in sports data intelligence, today announced it is to sell the media rights for the upcoming CEV Tokyo Volleyball European Qualification 2020 on behalf of the European Volleyball Confederation (CEV).

The agreement is part of an existing collaboration between the CEV and Sportradar that has run since 2007, which also includes the exclusive global marketing of media rights for the CEV Champions League and the OTT video platform EuroVolley.tv.

The media rights are for both the men’s and women’s competitions, which run from January 5th – January 12th 2020, with both events deciding the final European teams for the 2020 Olympic Games in Tokyo.

Sportradar’s Senior Director, Audiovisual Broadcast, Lutz Tigges, said: “Tokyo 2020 is set to be the standout sporting event of next year and is a major milestone moment for athletes, sports fans and broadcasters. To participate in the Olympics is the pinnacle for European volleyball teams, so these qualifiers are primed to guarantee thrilling moments, fantastic competition and big audiences.”

While the men’s qualifier will take place in Berlin, Germany, the women’s will be held in Apeldoorn, the Netherlands. Both competitions include an eight-team group stage, split into two pools, before the semi-finals and the final, with the winner ensuring a spot at the Olympic Games next year.

In total there are 30 matches, which will feature EuroVolley2019 finalists Serbia and Slovenia in the men’s competition and 2019 women’s runners-up Turkey. All matches will be produced in full HD to an international high-end standard with at least 9+1 cameras and international match graphics.

A three-minute highlight package will be produced shortly after each match and made available to broadcasters, news channels and social media platforms. 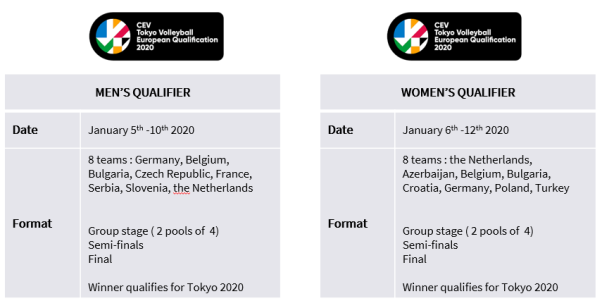 About Sportradar
Sportradar is the leading global provider of sports data intelligence. Established in 2000, the company occupies a unique position at the intersection of the sports, media and betting industries, providing sports federations, news media, consumer platforms and sports betting operators with a range of solutions to help grow their business. Sportradar employs over 2,000 people in more than 30 locations around the world. It is our commitment to excellent service, quality and reliability that makes us the trusted partner of more than 1,000 companies in over 80 countries and official partner of the NBA, NFL, NHL, MLB, NASCAR, FIFA and UEFA. We monitor, analyse and deliver insights from more than 400,000 matches annually across 60 sports. With deep industry relationships, Sportradar is not just redefining the sports fan experience; it also safeguards the sports themselves through its Integrity Services division and advocacy for an integrity-driven environment for all involved.

More information can be found at www.sportradar.com