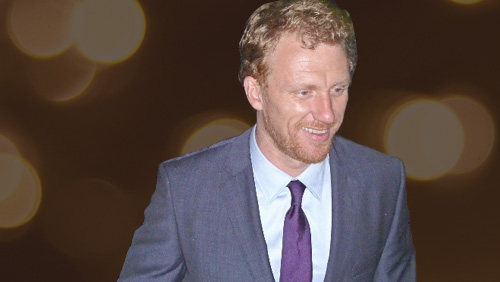 So far, we’ve covered movies that are all about poker, or television that is built around the greatest card game on the planet. But we know each other a little now, and in the spirit of us appealing to works other than one you’ve already seen, we’re going to go out on a limb and assume you haven’t seen the poker on screen in this week’s episode.

While many poker journeys on screen feature a journeyman on screen, it’s not usually the title itself, but that was the case for this short-lived NBC series from 2007.

While the series Journeyman ended after the Writers’ Strike of that year combined with a post-Heroes slot taking a ratings hit, the genesis of the show was such that it’s a genuine surprise that this series that ran for an unlucky 13 episodes, and never made it to streaming channels.

Put simply, Journeyman deserved to be bought back into the game, and this episode is all you should need to watch to convince yourself or any Netflix executives you may be related to.

Double Down was the sixth episode of the 13-part series Journeyman, but don’t let that put you off. You don’t need to know too much to establish the main characters and enjoy how poker propelled the series into genuine top-quality entertainment rather than simply another American drama serial.

Journeyman became my personal favourite boxset because of episodes like this being part of its all-too-brief canon.

The series centres around Dan Vasser (played by Grey’s Anatomy’s Kevin McKidd), a journalist with a heart of gold, a dead fiancée who isn’t dead at all, and time-travels like he does. Yup, it’s a Sci-Fi series, but before you tune out, it was always billed as “the Sci-Fi series for people who don’t like Sci-Fi” as creator Kevin Falls described it.

While Dan Vasser is dashing about between time periods to help a different beneficiary each week – a little like Quantum Leap but without the bodily displacement – he still has to contend with present-day worries such as a wife (Gretchen Egolf) who starts out with no idea his fiancée (Moon Blodgood) survived her supposed death and a newspaper boss (Brian Howe) who rides him harder than anyone. Well, anyone except Dan’s police detective brother, played with relish by the outstanding Reed Diamond.

In Double Down, Dan finally confronts the one person who is almost impossible to help – his past self. We’d all like to reach out to the younger version of ourselves, wouldn’t we? But could we take their place and put a marriage together with the help of our time-travelling fiancée?

As if that wasn’t enough to contend with, Dan Vasser’s weakness is poker, and losing at it. Except, he might not lose now he’s a little older and wiser. But what if he needs to?

In Journeyman, there was always a second arc to the writing which made every episode enjoyable on two levels. You can enjoy the poker plot of Double Down without taking the time travel too seriously. You can deep-dive into the emotional impact of the show without needing to know what a merged three-betting range is.

You cannot, however, get hold of Journeyman on any streaming services. You’ll have to take our word for its genius and buy it on DVD, either in America or the UK.

All we can promise you is that you’ll love it, for the poker or just the characters and the development of a simple idea into something far better than it has any right to be.

Go all-in or go home. It’s what Dan Vasser strives to do in every episode of Journeyman.