Florida has seen plenty of powerful poker players over the years. Jason Mercier may be the benchmark for Floridians, but while Mercier is unlikely to be usurped for many years, one new and exciting player from the state won the WPT BestBet Bounty Scramble for $331,480 in Jacksonville on Tuesday night as Josh Adkins captured the title and had his name added to the Champions Cup. 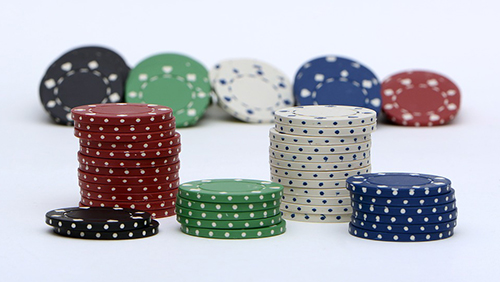 With part of his prize an entry worth $15,000 into the season-ending WPT Tournament of Champions, Adkins, who was playing in his first-ever WPT Main Event, has multiplied his previous tournament winnings by more than ten times in winning the biggest score of the $1.6 million gathered as a prize-pool.

With former back-to-back WPT Main Event champion Marvin Rettenmaier among the bounty players – and the last bounty standing – he was not alone in making a deep run as a popular player, with former champion Sam Panzica, high roller Dan Shak and popular professionals Jake Schwartz and Jamie Kerstetter all going deep without threatening Adkins’ victory.

With nine players left, former WSOP Main Event winner Joe McKeehen was still in the running, but he lost out when his pocket kings were overtaken by ace-queen and he would bust in ninth place.

Down to the official final table of six players, as is WPT tradition, it would be Jeff Cunningham who departed first. He was a short-stack, and so too was Jonathan Cronin, who left shortly afterwards when he saw pocket kings overtaken by ace-king.

With four players left, it was Josh Kay who was dominating proceedings. He was still a big chip leader when Jason Lee busted in fourth place, with over half of the chips in play. But things were about to change.

Tan Nguyen was all-in and at risk against Kay twice and survived, first rivering a Broadway straight then winning a flip to put himself in pole position to take the title. IT would be Kay himself who busted in third place, an ill-timed but gutsy bluff running into Josh Adkins’ pocket aces. Kay was down to spare change, and he lost all of it in the next orbit.

The heads-up battle was a brief affair, Adkins triumphing after just a few hands when he managed to overtake Nguyen’s ace-king with the ace-queen of hearts after a queen hit the flop and Nguyen couldn’t retake the lead.