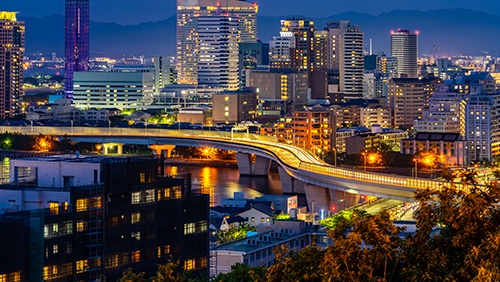 In a recent gathering of the Kyushu Association of Mayors in Sasebo, Nagasaki, Sasebo Mayor Norio Tomonaga gave a report to his fellow mayors supporting the idea of an integrated resort (IR) bid. This, he explained, would provide a substantial economic boom to the area.

According to several media outlets, mayors seemed receptive to the proposal. They expressed great expectation that the “Kyushu coming together to support” the project.

On the final day of the gathering, Sasebo Mayor Tomonaga offered a video presentation that depicted the IR property that the city has been working to earn the bid. The presentation provided a detailed examination of construction as well as the economic benefits to the community.

In his presentation, the Sasebo Mayor talked about the wide-ranging economic effects that the IR development would have on the region. This would draw in a large number of foreign tourists because of its close proximity to East Asia, he proposed.

Also included in the presentation was a discussion on creating a network that could offer sightseeing and other tourist endeavors to those who would be visiting the regions in Kyushu. The goal would be to ensure that all IR guests would have great accessibility to these areas, which would help in improving the economic prospects of the region.

There was a roundtable discussion where mayors exchanged their ideas and opinions on the bid, focusing on the primary question: “Will an IR bid be successful?” they also examined an important question related to this matter, which was: “It would be easier to provide support if we were able to spread correct information, since most people only think of casinos when they hear IR.”

It is reported that Mayor Tomonaga explained to his colleagues that “We are much further along in preparations than other regions. Please continue to support this bid.”

The Kyushu Association of Mayors is a group that consists of city mayors from Kyushu and Okinawa. This meeting was held at one of the hotels in the neighboring region of Huis Ten Bosch in Sasebo city.

The purpose was to help to convince all members of the Association of the importance of winning this bid, and how instrumental it would be in helping in the economic growth of the community. From all reports, mayors seemed to have been on board and there appears to have been no opposition to the project. No further details were provided as to the likelihood of this development occurring soon.