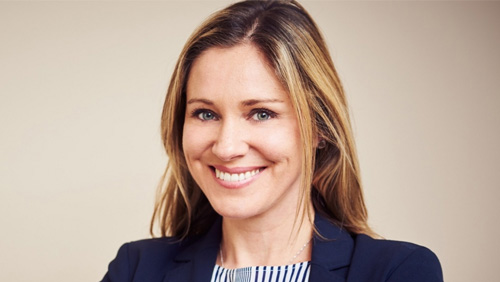 The Malta Poker Festival returns this month between October 29 and November 4, and if player popularity decides, then the festival full of fun and spectacular guarantees, combined with a wide variety of buy-ins will be a permanent fixture on the poker schedule. We spoke with Event Director Ivonne Montealegre, who told us all about the return of a festival everyone is delighted to see come back for a second series.

“2019 will see its second edition, however we have been running poker events this same date in the same venue for nine years,” said Montealegre, “Next year will mark a decade of my partnership with Portomaso casino, the best location for a poker event of this magnitude in Malta.”

Montealegre has plenty of poker experience to run such a festival, with two decades of know-how in the industry put to good use in one of poker’s natural homes in the world. Superb weather, a stunning casino and friendly poker players are a terrific combination for a poker festival. One aspect of running a successful festival – which Montealegre did so well in 2018 – is making sure that a varied series of side events sit alongside, not behind, a strong Main Event.

“During over 20 years in the poker industry, it has always amazed me that in an industry that is supposed to be innovative, industry leaders stick to what the dominant brand does. We are selling entertainment, a game, a poker holiday. It’s like the dominant brand writes the “rules” and then everyone follows like dominoes.”

Montealegre has done no such thing. The pioneer is proud of the changes she – and the teams she has been a part of – have made over the years.

“Eight years ago, my team came up with the €550 buy-in, now it is the low tournament buy-in. I refuse to play by the rules and I also like to have some fun with my own creative process, so I like changes. Poker is a game of convention and if players agree and like new formats, why not?”

According to Montealegre, the Malta Poker Festival considers all events as ‘Main’ in nature, thus their Main Event is called the ‘Grand Event’. The Hendon Mob Championship which was held for the first time at last year’s MPF is now considered something other tournaments want to include too. But, as Montealegre agrees, the destination of Malta is one of the MPF’s unique selling points.

“Malta and Portomaso area are amongst the best locations worldwide I’ve been to. There is a lot to do. There are dozens of restaurants within a very small area, as well as cafés, pubs, cigar bars, karaoke and nightclubs. There is a bit of everything for everyone and the first week of November is the perfect time. We have social events at the casino sportsbar, Tiffany’s champagne cigar bar and the classic All-In Player Party at Club Level 22.”

For players with even a modest bankroll, the MPF offers so much to see and do, quite apart from the poker tournaments that suit any wallet. There are a lot of tournaments, but they are accompanied by great food and lovely sights. The sea is just a few footsteps from the casino and the partner hotel of the Hilton Malta is stunning. Montealegre is passionate about every player coming to Malta, but as a passionate leader of Women in Poker Association (WPA), hopes that the proportion of female players can improve.

“I have seen a decrease [in female tournament attendance] and that particular topic makes me a bit sad and makes me want to work hard into bringing female players to the felt. We are at a historically low 4% worldwide.”

It’s clear that Montealegre’s determination is to make poker more of an equal mind-sport for all.

“I want to change that.  Prior to the MPF, we have been hosting training sessions that also work as a satellite for the Ladies Event. Last year, without aiming for it, we hosted the second-largest Ladies Event in Europe, I would love to beat that. I personally feel the game has given me so much. Aside of the tremendous enjoyment, you get to meet people from all walks of life and network in a very competitive, positive environment.”

Montealegre may have cultivated a successful career in the industry, but it’s not about her. She wants the WPA to act as a parameter advocating for women to be represented and encouraged to participate in poker events, both online and live.

“With the right representation women can be encouraged to participate in groups, travel, poker events, training and all poker related topics. Promotion and education is what WPA does best and we want to spread the word so that women can qualify to events via satellites and other initiatives to increase that ratio.”

Poker is by its definition a social game and Malta is famous for its social element. So is it the perfect location for such a festival, and what are the local players really like?

“The poker community is buzzing. We have a trifecta of poker knowledge, the venue and our community. We have very committed advocates and fans of the game on the island, as well as poker professionals living here. The iGaming industry is closing in on tourism as the main GDBP of the country, so it is not surprising that a lot of the manpower of the iGaming industry loves the game. We need to reach out more!”

Returning to Montealegre’s official responsibilities as the head of the WPA, she wants to help the existing members bring a higher international reach to their existing audience. I want to be able to get more sponsorships from operators so that we can give more value to women players. Currently there is a promotion at the WPA Facebook group that awards a free five-star package.”

The WPA always sponsors Ladies Events at festivals that meet the WPA’s standards with a Final Table sponsorship and participation for the ladies in question on the WPA Player of The Year program. Ivonne is passionate and committed at bringing chips, gifts and promising coverage and promotion to each event that will encourage more women to play the game.

“Vanessa Selbst is an all time favorite. She is not only a machine on the felt, but she seemed like a truly committed human when I met her in Malta. Leo Margets is so interesting, her approach to life is truly admirable. She can be a great life coach and she’s a super positive lady. There is a Norwegian player, Aylar Lie, that  last year won Norway’s Player of the Year, beating male and females to do so. The new generation have very interesting rising stars and I follow them with great interest and admiration.”

This year’s MPF promises to be even more popular than last year’s festival.

“I think we will grow by 20% in attendances across all events, but for MPF, I am not after the numbers, but in hosting a great poker experience. I’d rather have 1,000 players sitting comfortably than a colossal amount suffering bad service. Tournament structures are important, so I stay away from multiple re-entries. Tournaments that love big numbers sacrifice a lot of quality and structure playability to reach ambitious and high targets. I prefer a slow, steady and organic growth with big prize-pools, significant guarantees and a good field. The Malta Poker Festival aims to be a super experience, on and off the felt.”

Yet to make sure you’ve booked your flights to Malta? You can contact Event Director Ivonne Montealegre on +00 356 9969 8490 or email [email protected].